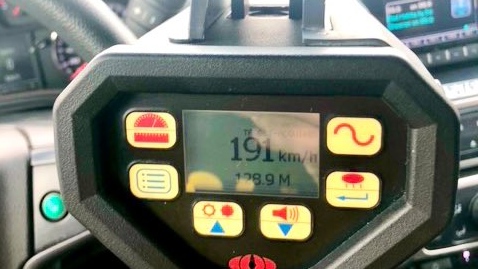 Police say they were bewildered at the excuse one Ontario resident gave for driving nearly 200 kilometres per hour.

Ontario Provincial Police tweeted on Wednesday that a person driving 191 kilometres per hour on Highway 404 explained that he was going with the “flow of traffic.”

The driver has now been charged for stunt driving, having no insurance, failing to display two plates and improperly using the high-occupancy vehicle lanes, police said.

The speed limit on most Ontario highways is 110 kilometres per hour.

As a general rule, drivers are advised to move at the same speed as traffic around them without going over the speed limit.

191km/r this afternoon on #Hwy404 Driver stopped by #AuroraOPP who tried to explain that he was “going with the flow of traffic”
Officer - 😂
Charged #StuntDriving, no insurance, improper use of HOV lane, fail to display two plates. #30DayLicenceSuspension #14DayVehicleImpound pic.twitter.com/uUNnVyqoyB