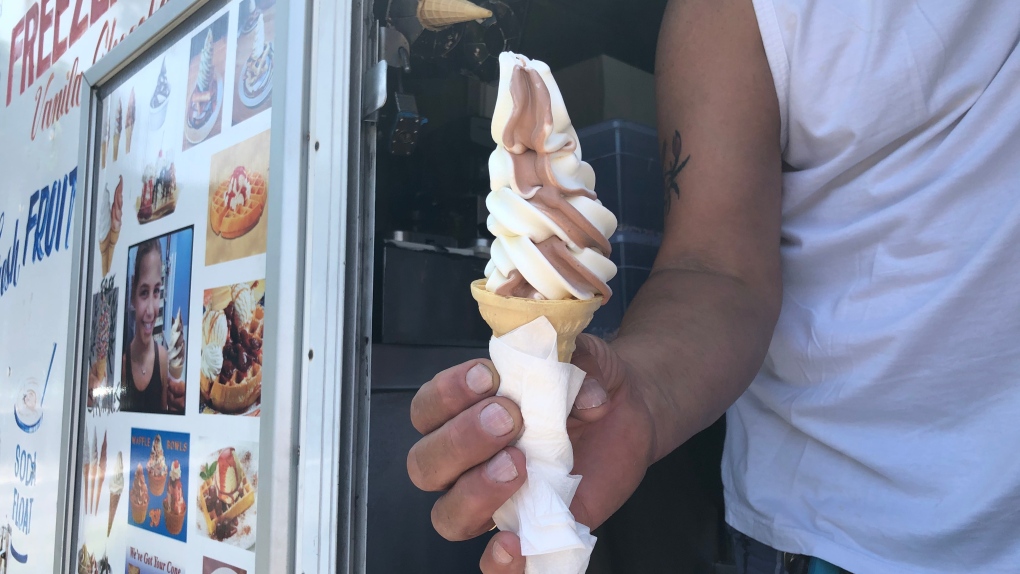 Having a father who drove an ice cream truck around Toronto was the ultimate envy of other kids.

“It was amazing,” Michael Mavrogiannis told CTV News Toronto. “All my friends envied me. They would hang around and say, ‘When’s your father gonna come get us ice cream?’”

His father’s circa 1977 truck, animated by illustrations of vanilla soft serve swirls and banana split boats, still makes its rounds in the city. But now, it’s Mavrogiannis behind the wheel.

“That was his dream – to leave the truck for me when he passed away. So that's why I'm fulfilling his wish,” Mavrogiannis said.

His father worked the truck for 25-years until he was 82-years-old. When he passed two years later, Mavrogiannis took over. Collectively, they've been on the streets of Toronto for four decades.

“He loved his truck,” Mavrogiannis said. “It's long hours, it's very long hours, you have to love this business to be successful.”

For six months of the year, from April to October, Mavrogiannis works 12-hour days, seven days a week. “Because the season is so short,” he said. The rest of the year, he delivers Uber Eats. 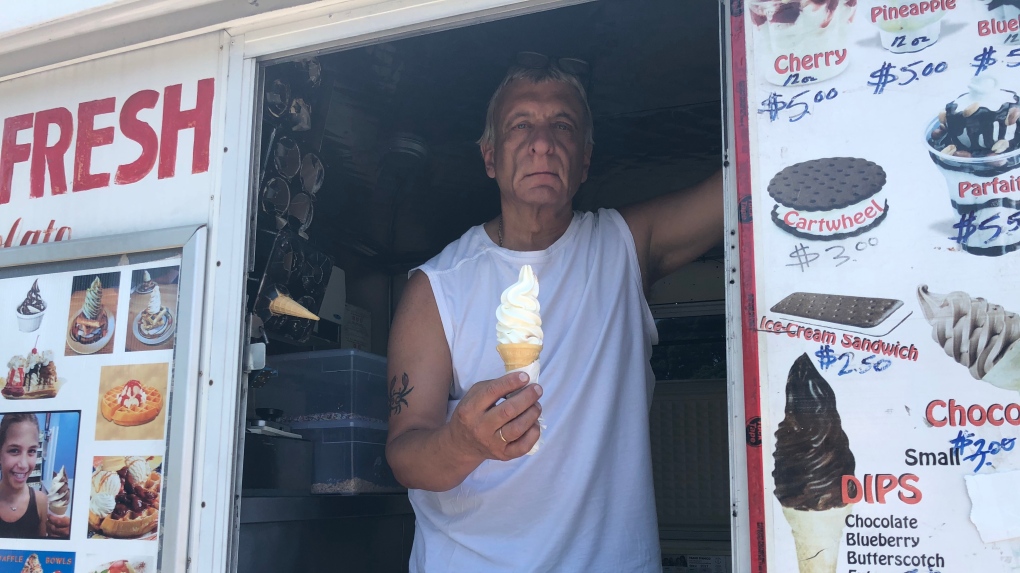 Michael Mavrogiannis serves ice cream from his truck in Toronto (CTV News Toronto/ Hannah Alberga). His line of work has always been seasonal. At 18, he started assisting his father with the truck, cleaning and stocking it, or on the odd occasion, filling in when he was sick. A few years later, Mavrogiannis started operating a hot dog stand at Bay and Wellington streets, which he handed over to his wife when the ice cream truck became his focus.

“It's always been food business, always, winter and summer,” he said.

Like any industry, success involves strategy. Scoring a spot at a desirable location involves planning and timeliness. Serving the Christie Pits Sunday afternoon baseball crowd means showing up two hours before the action. 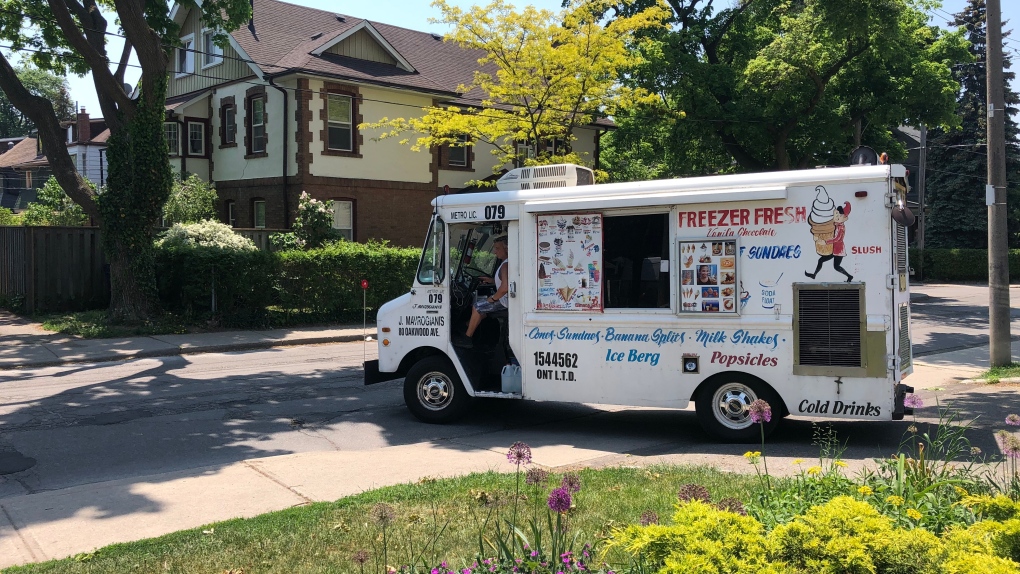 Michael Mavrogiannis drives his ice cream truck in Toronto (CTV News Toronto/ Hannah Alberga). There is one element of the job Mavrogiannis cherishes the most – visiting schools. Some days, he even stops at three different ones.

“Just watching the kids eat their ice cream. It's amazing. The smiles on their faces and how excited they are.”

That joy ties into the overarching motivation that fuels his mission: “I like to feed people and make people happy.”