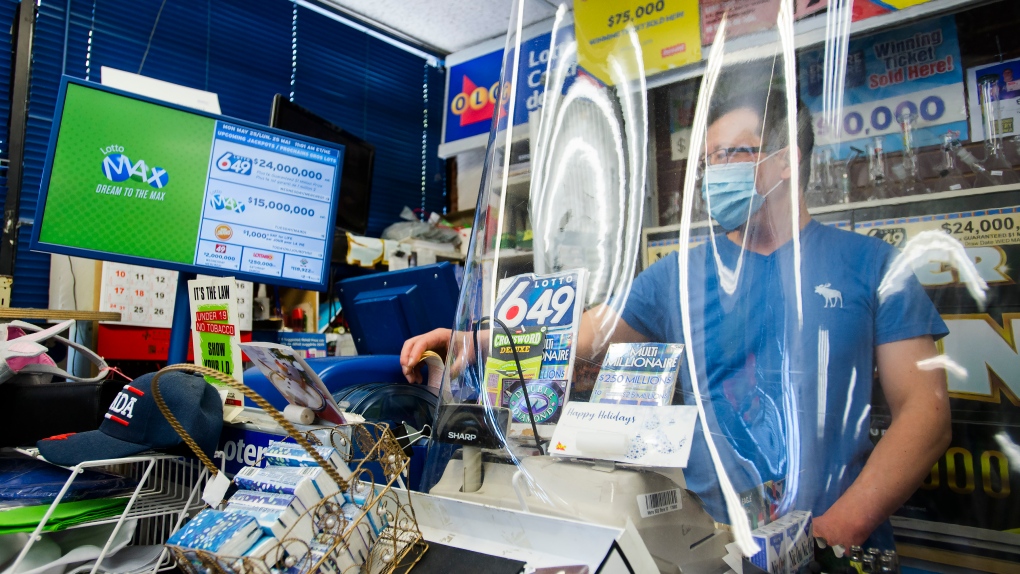 A convince store owner hands OLG 649 and Lotto Max tickets at his store during the COVID-19 pandemic in Mississauga, Ont., on Monday, May 25, 2020. THE CANADIAN PRESS/Nathan Denette

The OLG says Ontario is "full of winners" after four $1-million prizes were won in Tuesday’s Lotto Max draw.

In a release on Wednesday, OLG said the June 21 jackpot was not won, but four Maxmillions prize-winning tickets worth $1 million each were sold in York Region, Peel Region, Oshawa, and on OLG.ca.

Additionally, one prize winning ticket worth $500,000 was sold in the Niagara region, OLG says.

The next Lotto Max draw on Friday will offer a $65 million jackpot, plus an estimated 10 MAXMILLIONS prizes.

Last week, the winner of a $1-million Lotto Max prize has forfeited their money after the expiry date for the ticket passed.

Someone who bought a Lotto Max ticket in Toronto won the Maxmillions prize in the June 15, 2021 draw, but the money was never claimed.

Lotto Max winners have one year from the draw date to claim their prize.

"It's unfortunate, and it happens occasionally, big prizes like this, it's rare for them to be unclaimed," OLG spokesperson Tony Bitonti told CTV News Toronto.

Bitonti said the winning ticket was never checked in a retail store or on the OLG app, meaning the winner likely misplaced it.

The corporation is reminding players to check their tickets on OLG.ca, by using the OLG app, or by calling 416-870-8946.