Ontario Place has a new design proposal. This is what it could look like

Ontario Place has a new design proposal. This is what it could look like 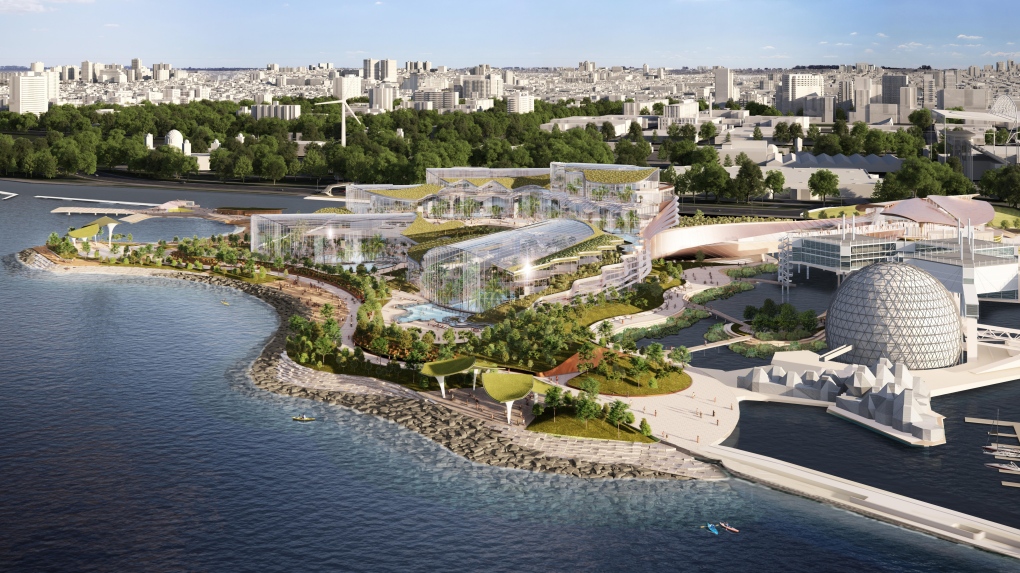 The provincial government officially submitted its development application for the new Ontario Place and it includes about 12 acres of accessible public space as well as a “family-friendly” attraction.

In a statement, Minister of Infrastructure Kinga Surma called the application “an exciting milestone” while promising the changes will help bring “Ontario Place back to life.”

“Once complete, the redeveloped Ontario Place will be open to the public 365 days a year, with free public access and a waterfront experience that everyone can enjoy,” Surma said. “It will also create thousands of new jobs, and attract an estimated four to six million visitors each year.”

The Austrian resort developer Therme, who has been tapped to redevelop the western portion of the site, released further details of the proposal on Monday.

The design is being touted as being fully sustainable and accessible and includes 12 acres of freely accessible public space that will be available year round.

“We're delivering 12 acres of basically public realm which is contains, you know, beaches and gathering spaces, picnic areas, naturalized landscapes, all of those things, but fundamentally what we're creating is a place for people,” Jeff Craft, the public realm design lead from Studio TLA, told CTV News Toronto. 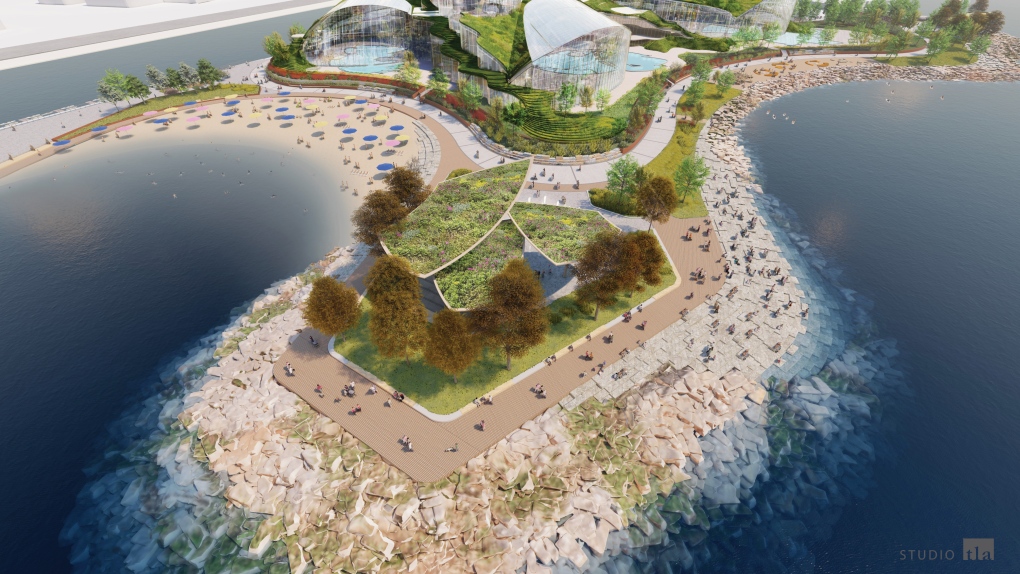 The proposal includes a new promenade that will connect with Toronto’s Martin Goodman Trail, a pebble beach with an accessible waterfront for swimming access, and “enhanced” large gathering spaces that can be used for small concerts or art shows.

The public space will surround a building that will be designed to LEED Platinum environmental standard and will act as a “family-friendly attraction” with a wave pool, waterslides and restaurants.

“On a January day in the City of Toronto, when it's snowing sideways, and you think about the ability for a nurse coming off of a night shift, to have the opportunity for a couple of hours to go and sit and relax by the pool without having to pay for a trip to Mexico, that's pretty wonderful,” Mark Lawson of Therme Canada said.

“If you want to bike up down from Parkdale, if you want to drive in from Mississauga, if you happen to fly in from Chicago, you know, we think this is going to be something that fundamentally reconnects the city with its waterfront.”

The proposal also includes the creation of a wetland, which Therme says will clean run-off rain water so that clean water is returned to Lake Ontario. Officials will be able to walk through the wetland using a series of boardwalks. 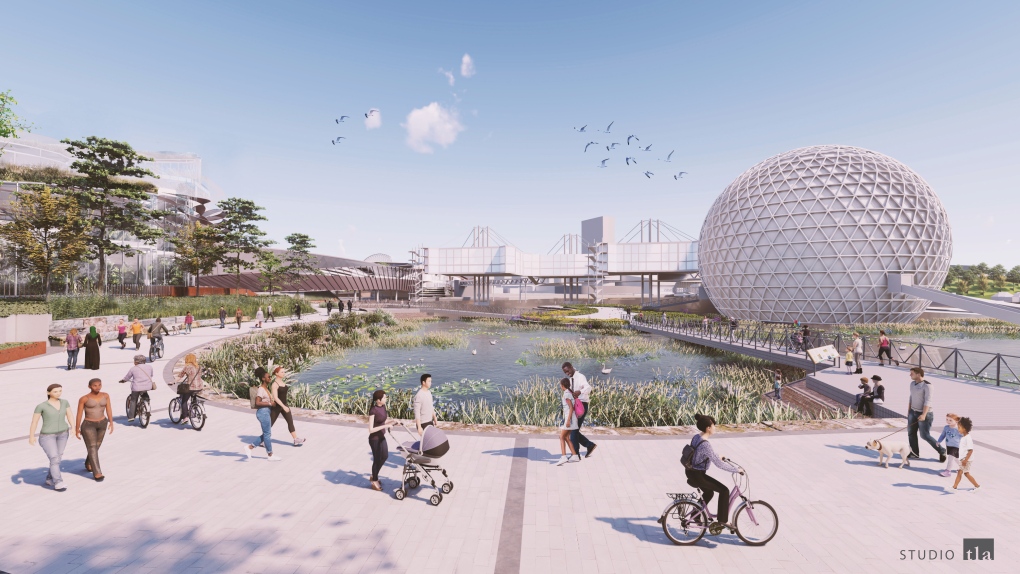 The submission comes after four weeks of public consultations, during which time both Craft and Lawson said an “enthusiasm for public space” was heard.

The original proposal for Ontario Place included just eight acres of public space. Lawson said that through the public consultations, “the building got a little bit smaller and the park got bigger.”

The application, while not yet publicly available, is still facing criticism from community group “Ontario Place for All,” who claims the application would take the West Island “out of public hands and turn [it] into a private spa for the rich.”

“This is not the vision Ontarians have for Ontario’s most iconic urban park,” Co-Chair Cynthia Wilkey said in a statement. “City Council must turn down this development application and insist the province produce a plan that better serves the people of Ontario.”

Craft said the goal of the design is to make Ontario Place accessible and build “meaningful places and things that both have function, beauty and create interest.” This includes restoring the shoreline of the waterfront to protect the area from flooding, erosion and high water levels.

The cost earmarked for both the facility and public space is about $350 million “plus”, Lawson said.

The province has not confirmed the cost of the project.