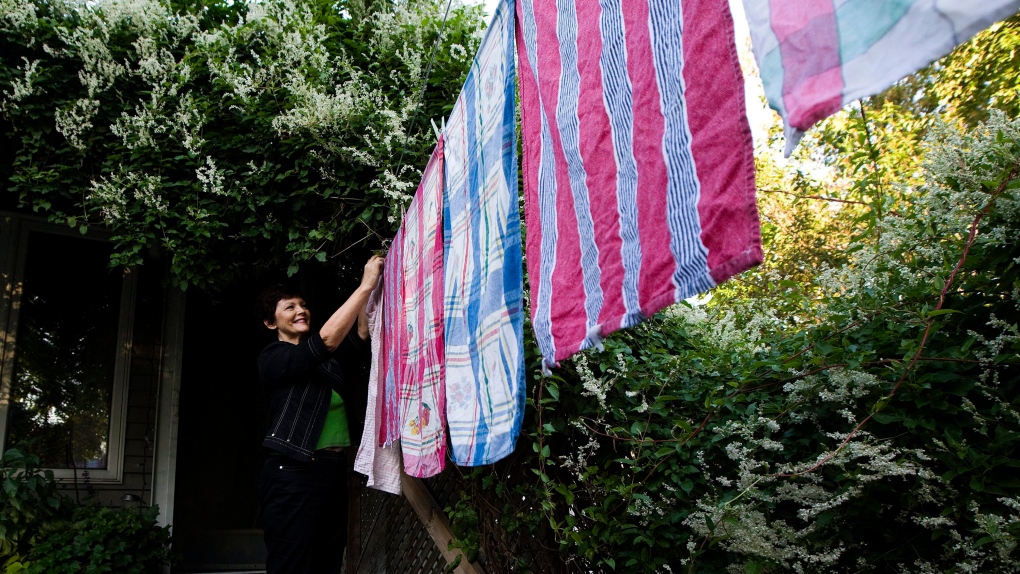 Mairlyn Smith takes clothing off her clothesline in Toronto on Thursday, September 23, 2010. THE CANADIAN PRESS/Nathan Denette

Ontario is home to some of the strangest laws governing what homeowners can and cannot do with their properties.

Some of the laws are clearly centuries old, while others appear newer making them even more curious and strange.

CTV News Toronto compiled a list of some of the weirdest laws in the province. Here is what we found:

In London, Ont., the city takes lawn mowing very seriously. If you leave your lawn to grow higher than eight inches, a city worker will come and mow your lawn for you. They will also send you the bill.

There are laws in Toronto governing how long a garage sale can last and the number of garage sales a person can have within a year.

The Toronto Municipal Code states the law of two and two, which means a home may not hold more than two garage sales within a year, and each one may not last more than two days.

In Etobicoke, Ont., there is a local bylaw that states that a bathtub should not be filled with more than three-and-a-half inches of water – not a very large amount at all.

The town of Uxbridge, Ont., has strict limits regarding Internet speed. The local law limits internet speed to 56k, which was the average speed in the mid-1990s when dial-up modems were more common. Obviously, that law isn’t really followed anymore.

In Markham, Ont., the city limits outdoor water use in the summer between June 1 and Sept. 30. Homeowners are only allowed to water their lawns once a day between 6 a.m. and 9 a.m., and 6 p.m. and 9 p.m. Watering lawns is not permitted during the hottest hours of the day because it’s believed that the sun will speed up the water's evaporation.

ONLY TWO DOGS PER HOUSEHOLD

In Uxbridge, Ont., each household can only have two dogs. In order to have more than two dogs, homeowners need to either move to a neighbourhood deemed as rural, or invest in a 10-acre lot.

Sidewalks in Toronto are the city's property, but homeowners are responsible for clearing the sidewalks around their property of both snow and ice within 24 hours of a snowfall. If you fail to comply, the city will clear the sidewalk and send over the bill.

Mississauga restricts the use of outdoor clotheslines. Homeowners can have only one clothesline per home, they must be located in the backyard and no higher than three metres, and placed 1.25 metres from the property line.

A previous version of this story stated that in Ottawa's Kanata neighbourhood it is illegal to paint a home or garage door the colour purple. The City of Ottawa clarified that is not the case. The story has since been updated.