Video has emerged showing a Tesla driver appearing to be asleep behind the wheel while travelling more than 100 km/h on a busy Ontario highway.

Louise Lesser said she was driving on the Queen Elizabeth Highway near St. Catharines around 7 a.m. on Friday when her partner looked over and thought the white Tesla in front of them didn't have a driver.

"I thought he was crazy because, obviously, a car has to have a driver," Lesser told CTV News Toronto on Friday. "I told him to slow down because I wanted to see."

Lesser said when they pulled up beside the Tesla, she noticed the driver’s seat was reclined and the person behind the wheel had their eyes closed.

She said traffic around them was moving at approximately 105 km/h at the time.

"When I was able to see in, the guy, he opened his eyes for maybe a split second, and then closed his eyes again and was fully asleep," she said. "He was behind a dump truck and all I could think is 'If that truck slams on the brake suddenly, what would happen?'"

Lesser said her partner considered honking their car horn to wake the driver up, but were worried that would startle him and cause an accident.

"I thought it was insane. I've seen traffic, especially on the QEW, it goes from being fully open, you are able to do 100 km/h, to being at a standstill in two seconds,” she said. “To know this guy wasn’t awake, it almost made me not want to be on the highway." 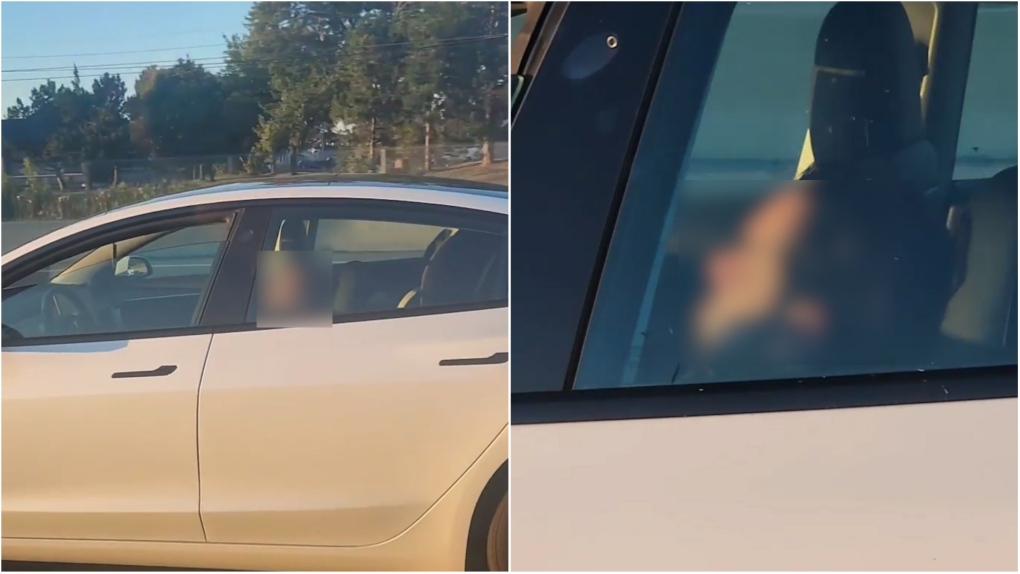 Video has emerged showing a Tesla driver appearing to be asleep behind the wheel on the Queen Elizabeth Highway. (Lousie Lesser)

Lesser said the driver was asleep for about another 10 to 15 minutes. She said he opened his eyes and started steering the car again when he got closer to where the highway splits towards Lewiston and Fort Erie.

CTV News Toronto showed the video to Ontario Provincial Police Sgt. Kerry Schmidt. While the video has not been verified by police, he called incident "completely negligent and reckless."

"If this person is truly asleep, I don't know why the person recording the video would take the video rather than call 911,” Schmidt said. “Is this person in medical distress? What's going on inside that vehicle? It leaves a little bit of a suspicious thought in my mind as to whether this is actually legitimate or if this is staged. I don't know.”

Lesser told CTV News Toronto she did not call 911 because she couldn't get a clear look at the vehicle’s licence plate.

Schmidt said regardless of whether this video is legitimate, the actions of the driver behind the wheel are illegal.

"No one in their right mind would do this," he said. "This vehicle needs to be stopped and this driver needs to be assessed." 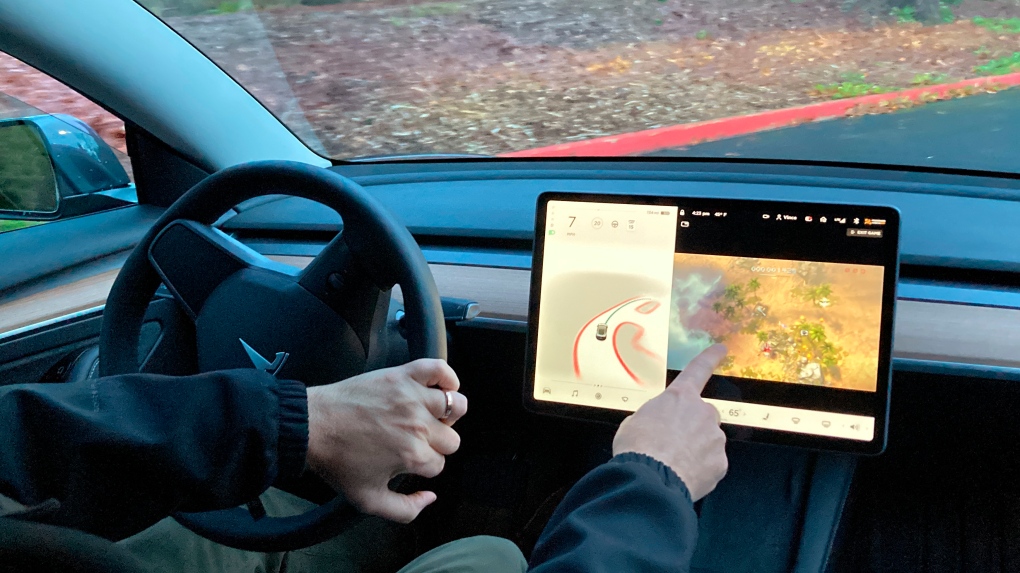 Vince Patton, a new Tesla owner, demonstrates on Dec. 8, 2021, on a closed course in Portland, Ore., how he can play video games on the vehicle's console while driving.

Schmidt said the OPP is not currently investigating the video because no formal complaint has been filed.

"If you're sitting in the driver's seat of a vehicle, you are required and obligated to be alert and attentive. Failure to do so could result in careless driving charges and dangerous driving charges. There is no offence called asleep at the wheel, but there's a lot of other offences that would fit that category."

According to Tesla's website, their current Autopilot features require active driver supervision and do not make the vehicle autonomous.

CTV News Toronto reached out to Tesla for comment, but has not heard back.