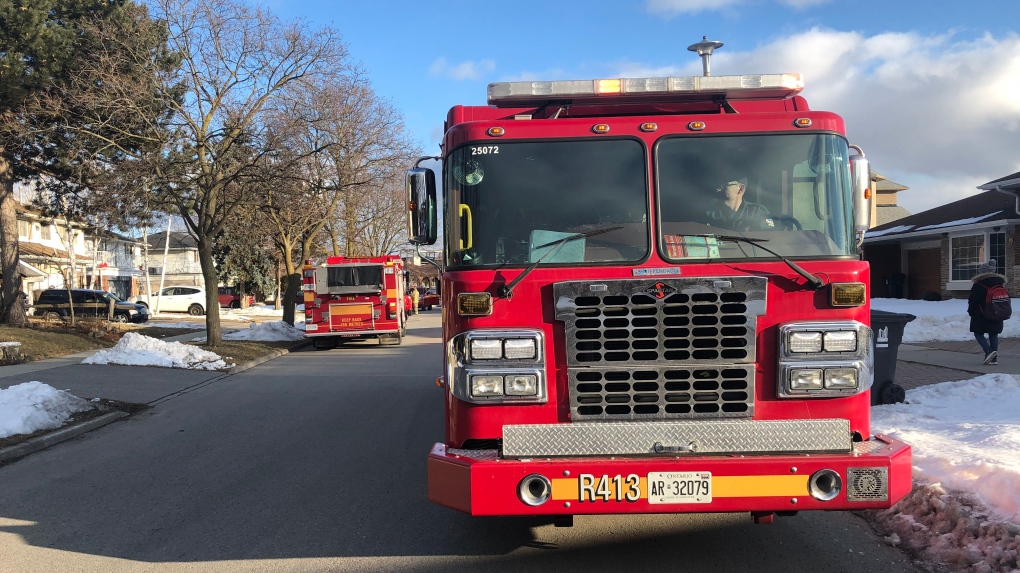 TORONTO -- Homes on a small street in the city’s Rexdale neighbourhood were briefly evacuated Thursday afternoon due to possibly toxic and explosive gas levels in the sewers.

Toronto Fire said they were called to the area of Bulbourne Road and Stevenson roads around 2 p.m. after residents reported smelling gasoline in their basement near a floor drain.

It was determined that an unknown solvent entered the storm sewer system, Toronto Fire said. 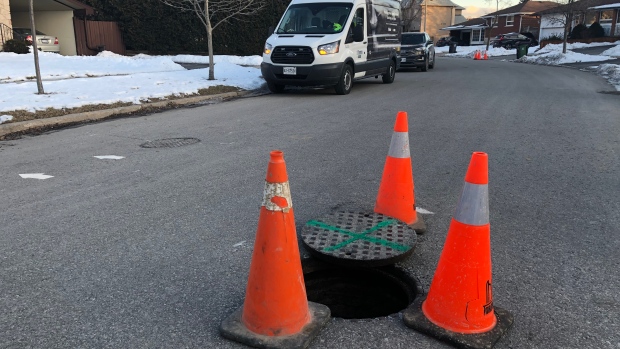 Toronto police reported that there were “high explosive levels from gas in the sewers” and as a result about 10 homes on Bulbourne Road between Stevenson Road and Garfella Drive were evacuated as a precaution.

Speaking with CTV News Toronto at the scene, Toronto Fire Acting Platoon Chief Paul O’Brien said that after crews arrived at the scene they quickly determined the levels were not explosive.

“They had low levels on their readings,” he said. “We have not found the source of the spill.”

A few hours later Toronto police said that firefighters would be flushing the sewers to get rid of the substance. After the process is complete, residents will be allowed to return to their homes.

Both the Ministry of the Environment and Enbridge has been notified.

No injuries were reported as a result of the incident.

ASSISTING @Toronto_Fire:
Bulbourne Rd & Stevenson Rd
- @Toronto_Fire requesting police assistance to evacuate the area
- fire reports that there are high explosive levels from gas in the sewers (not a gas leak)
- Toronto Fire advised levels are toxic
- will update#GO362741
^al