Residents are demanding better security after a teen was shot to death in the stairwell of a North York apartment building coming home from a friend's house.

Neighbours reported hearing as many as 10 gunshots around 12:30 a.m. but it wasn’t until at least 30 minutes later that police were called to the Toronto Community Housing Building near Falstaff Avenue and Jane Street.

When police arrived, they found a 16-year-old in a stairwell suffering from multiple gunshot wounds.

Family members have identified the victim as Hanad Abdullahi, though police formally identified him late Thursday as Hanad Ali. He was pronounced dead at the scene. 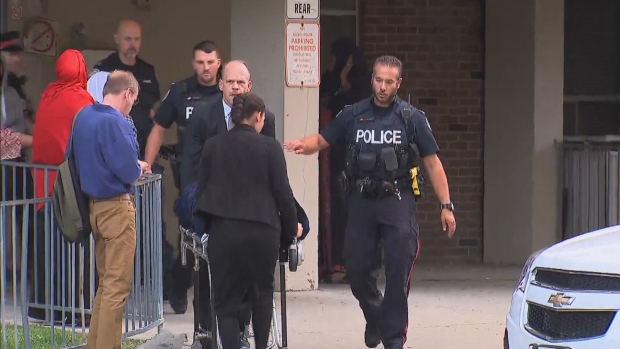 The body of the teenager is removed from the apartment building. (CTV News Toronto) 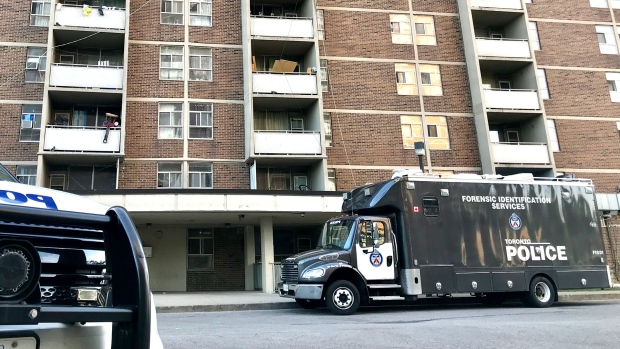 "What's the point in putting security in the building if they're never here," an emotional Jennifer Boahen, who has known the victim her entire life, told CTV News Toronto today.

"I don't understand, this is the second shooting this month. I don't get it. He was a kid, 16-years-old.”

While there are a number of surveillance cameras in the building, there are none in the hallways and stairwells. 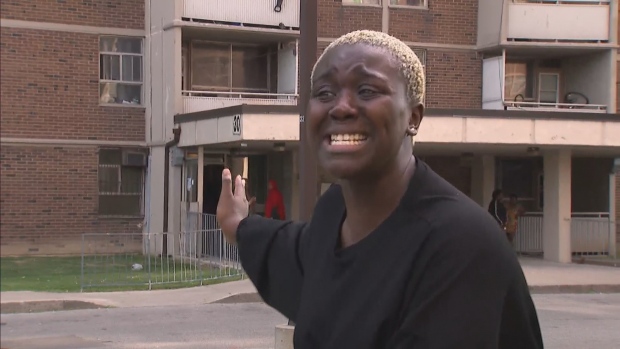 Jennifer Boahen calls for better security after the death of a teenager. (CTV News Toronto)

Residents want to see more cameras and an increase in patrols in the building to prevent this type of crime.

The mother of Abdullahi said she’s devastated by the death of her son, who turned 16 in July.

She says he was at a friend's house in the building next door playing video games last night and was on his way home when he was shot.

Police say three suspects, who appeared to be in their early 20s, fled the area in a dark-coloured Honda.