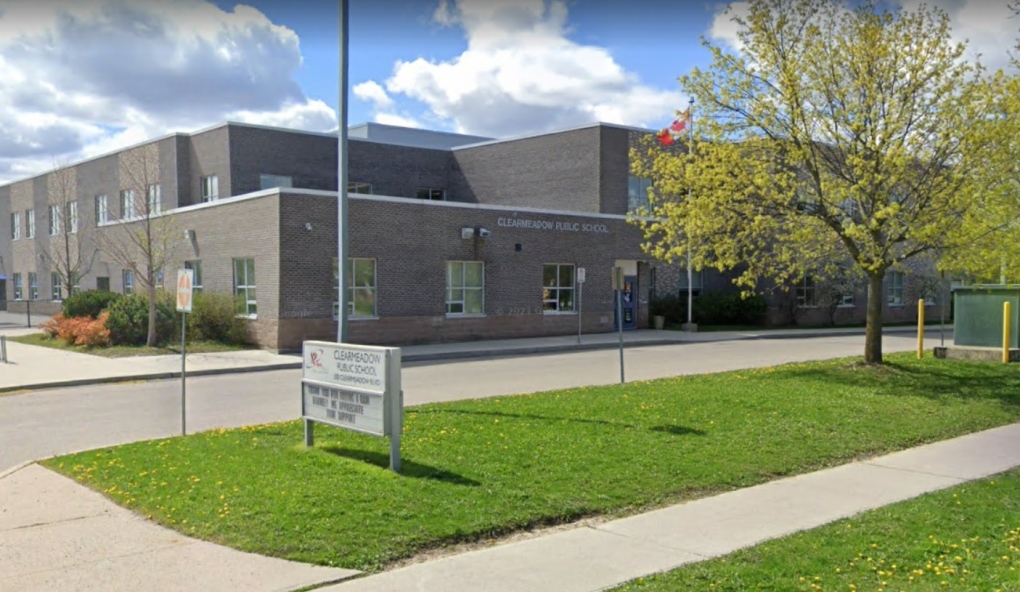 Clearmeadow Public School in Newmarket, Ont. is shown in a Google Streetview image.

A teen suspect is in police custody after threatening on social media they would conduct a mass shooting at a Newmarket elementary school.

York Regional Police say “a young teen student” was detained after posting messages on Facebook about a mass shooting at a school.

“No one was injured, there were no weapons, and the school was closed,” York Regional Police said on Twitter.

Clearmeadow Public School said it would switch all classes to remote learning on Wednesday.

Multiple parents flagged to CTV News Toronto a Facebook post calling for a “Columbine 2.0 in Canada” and asking people not to attend the school on Wednesday.

Justice Minister David Lametti is defending the federal government's authority to challenge provincial laws that they believe infringe on the rights of Canadians, after Quebec said Ottawa's reaction to Bills 21 and 96 lacked 'respect.'

Plane with 22 people on board missing in Nepal's mountains

A small airplane with 22 people on board flying on a popular tourist route was missing in Nepal's mountains on Sunday, an official said.