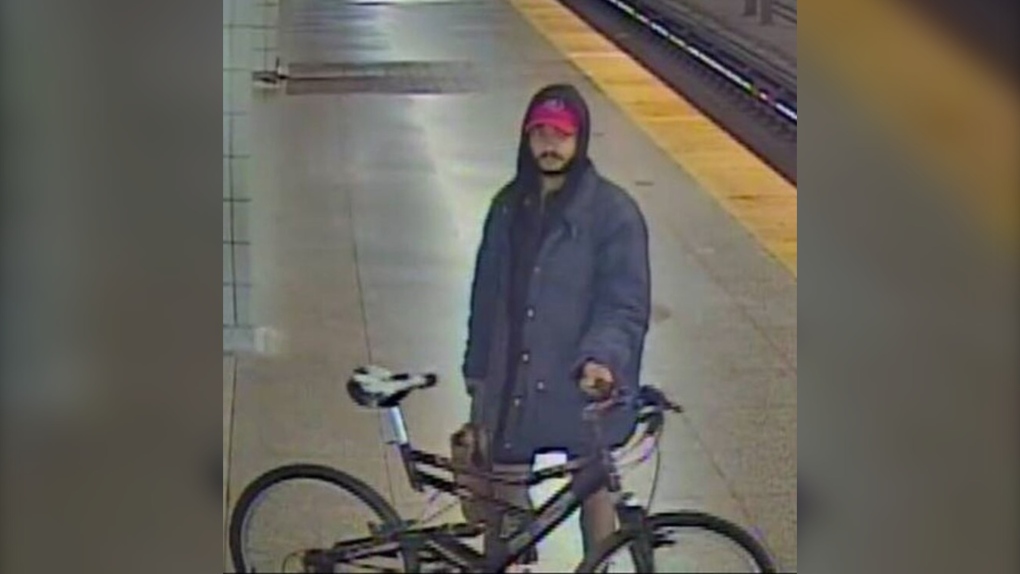 Toronto police have released the image of a suspect believed to be responsible for two separate assaults on the TTC last week. (Handout)

Both incidents occurred on June 17, with the first attack taking place at approximately 7 a.m. at Victoria Park Station, according to a news release issued by police on Sunday.

Investigators said the victim was waiting for a train to arrive when the suspect approached and assaulted him, knocking him to the ground in the process.

Later that day, police said that the second victim was approached while also waiting for a train inside Chester Subway Station. Police allege the suspect approached the victim and sexually assaulted her.

Police said the suspect fled prior to their arrival.

The suspect is described by police as a male with a thin build, standing five-foot-seven to five-foot-nine inches tall.

At the time of the incident, he had a moustache, chin beard and was wearing an oversized blue jacket with a red baseball cap, police said. He was also in possession of a black mountain bike and was seen carrying a brown duffel bag.