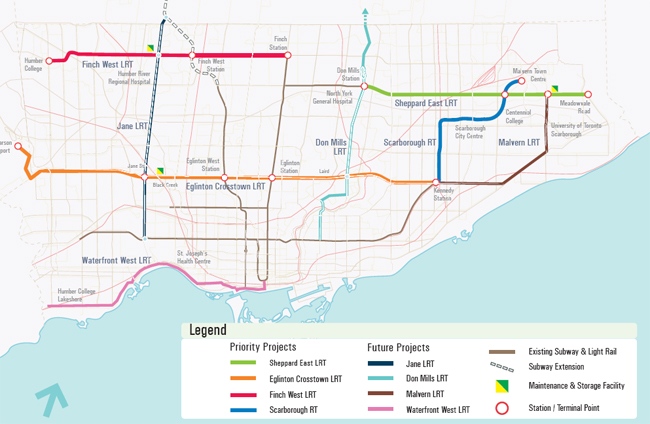 The Pembina Institute compared costs and benefits of the proposed subway with the LRT plan in a report released today called "Making Tracks to Torontonians."

It says the four LRT projects would deliver more than twice as much service for every dollar invested than the proposed subway extension.

The study adds LRTs would bring rapid transit service to six times as many low-income homes, and take 140,000 vehicles off the roads -- twice as many as the subway.

It says that would be better for the environment.

As well, the institute says the proposed subway plan wouldn't begin operating until 2020, while the planned LRT service is scheduled to start running in 2014.

"Taxpayers in this city need to be confident that they're investing in the option that is the most fiscally responsible and will deliver the best commuter service for the most people," said Cherise Burda, the institute's Ontario policy director, in a statement.

"Rapid light rail transit offers an efficient alternative to driving, while revitalizing the neighbourhoods it runs through. It really is a win-win solution."