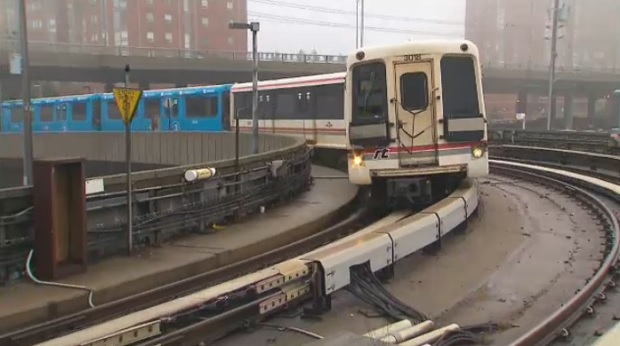 The Scarborough RT is shown.

Service has been suspended along the entire Scarborough RT after a truck made contact with a bridge at Kennedy Station.

The accident happened at around 8:30 a.m.

TTC Spokesperson Stuart Green says the truck was passing underneath a raised portion of the SRT track entering the station when it struck the bridge.

Green says that TTC workers will be conducting structural tests on the bridge before service can resume.

“The truck has cleared but we have to make double sure that the integrity of the structure is fine,” he said.

It remains unclear how long the line will be closed but Green warned it will likely be “some time.”

A total of 26 buses are currently running along the SRT route.