Snow overnight could lead to messy commute in Toronto 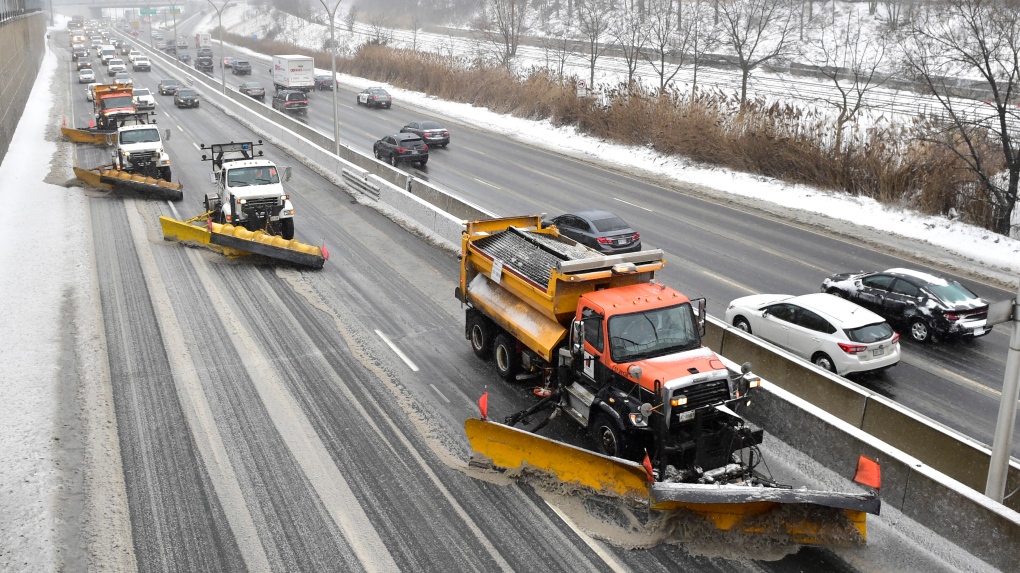 A line of snow plows clears the Gardiner Expressway in Toronto on Tuesday, Feb.12, 2019. THE CANADIAN PRESS/Frank Gunn

TORONTO -- Toronto drivers may be in for a slow commute Friday morning as Environment Canada issues a weather advisory calling for snow overnight.

According to the weather agency, Toronto can expect about five to 10 centimetres of snow by the middle of the day.

“The morning commute may be impacted due to low visibility in heavy snow at times and snow accumulating on untreated surfaces,” the advisory said. “Conditions are expected to improve Friday afternoon.”

City officials said that the snow is expected to start around 3 a.m. and that salt trucks will be on the roads around that time.

In advance of the Friday morning snow event, salt brine will be applied to hills and bridges this evening. Please keep a safe distance behind the trucks and do not try to pass.

Friday is expected to be partly cloudy with a high of 0 C and a low of -6 C with wind chill. There is a 40 per cent chance of flurries in the evenings, Environment Canada said, and the temperature is expected to continue to drop to about -13 C overnight.