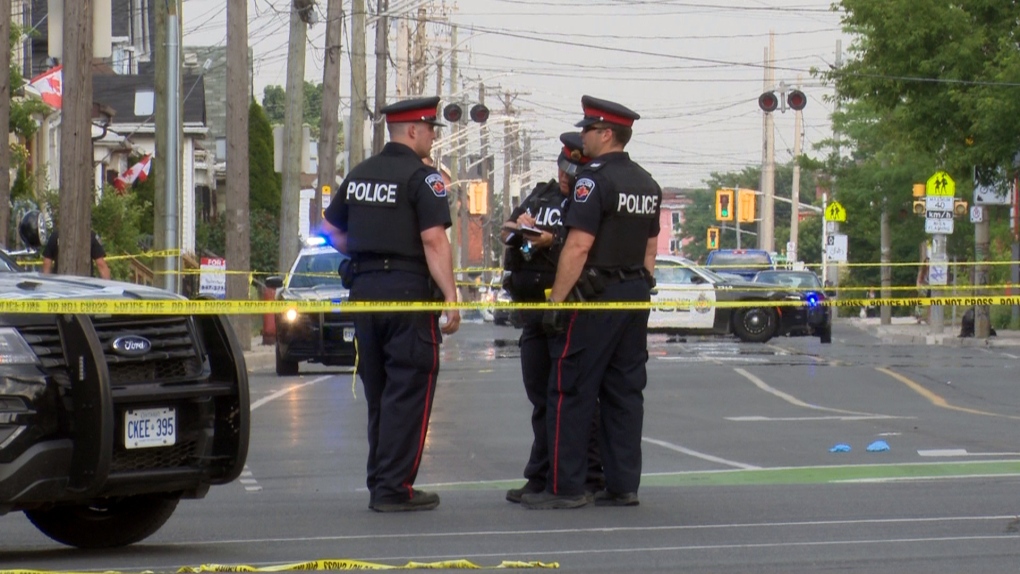 TORONTO -- The province’s police watchdog is now investigating an officer-involved shooting in Hamilton that left two men in hospital, one with critical injuries.

At around 3:30 p.m. on Tuesday, Hamilton police received a call about a domestic incident. Police responded to the area of Gage Avenue North and Cannon Street East and located a person of interest at around 4 p.m.

The 42-year-old man was in a vehicle in a convenience store parking lot, the Special Investigations Unit said in a statement.

“As several officers approached the vehicle, there was an interaction and two officers discharged their firearms,” the SIU said.

Earlier, Hamilton police said officers were called to respond to a domestic incident in progress and that a male suspect was armed with a gun.

Police said an armed male sustained a “significant injury” after shots were fired.

The one man remains in critical condition in hospital, the SIU said late Tuesday.

Neither Hamilton police nor the SIU have provided details about what exactly precipitated the shooting.

Five investigators and three forensic officers have been assigned to the case.

The SIU is asking anyone with information to contact investigators.