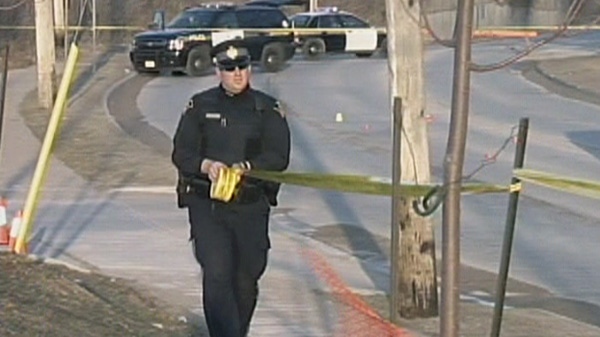 An 85-year-old cyclist is in serious condition after he was hit by an unmarked OPP cruiser in Orillia, Ont. on Tuesday, March 13, 2012.

Ontario's Special Investigations Unit said it is investigating after an 85-year-old man was hit by an unmarked OPP cruiser in Orillia this week.

Alexander Nesbitt rushed to hospital late Tuesday afternoon after an officer, who was travelling west-bound, hit the cyclist, who was on the same road.

Nesbitt was taken to Soldier's Memorial Hospital with serious injuries. He was then air-lifted to Sunnybrook Hospital in Toronto, where he remains in critical condition.

The 46-year-old officer driving the OPP cruiser was also taken to Soldier's Memorial Hospital. He was treated and released.

The SIU has ordered a group of investigators, including a collision reconstructionist, to probe the crash. On officer has been indentified as the subject of the investigation and two other officers are considered witnesses.