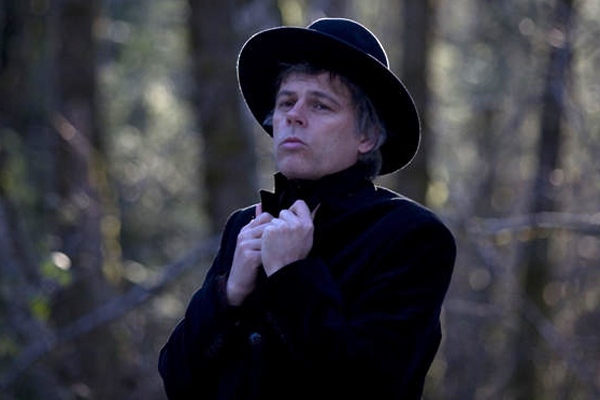 Bottomley, who won the Juno for most promising male vocalist in 1992, died April 6 near his home in Brackendale, B.C.

According to a news release issued by two of his brothers, the singer left his home and when he failed to return, authorities began to search for him. A coroner's report concluded that Bottomley committed suicide.

The Toronto-born Bottomley began his music career with the band Tulpa, which also featured his brother Chris. The outfit made noise not only locally on Toronto's Queen Street strip, but also became a fixture at New York's legendary rock club, CBGB.

Bottomley struck out on his own after Tulpa disbanded, releasing his solo debut, "Library of the Sun" in 1990.

He found greater success with 1992's "Songs with the Ornamental Hermits," which helped Bottomley nab his only Juno, and his follow-up album -- 1995's "Blackberry" -- featured the top 10 single, "You Lose You Gain."

"Bottomley was a deeply compassionate person who was concerned with the growing turmoil in global events," read a statement issued by Bottomley's brothers, Paul and Chris.

"Bottomley's Facebook status update on Tuesday evening declared that, 'What the world needs is the shining light of love.' To those that knew him and know his work, Bottomley is and will remain that shining light."

Added Toronto singer-songwriter Paul Myers later: "RIP John Bottomley, Canadian songwriter, poet, and wayfaring spirit with more than a touch of the Irish in him. His energy and works remain."

A reception for Bottomley is to be held in Guelph, Ont., on April 12, with a funeral scheduled the next day.