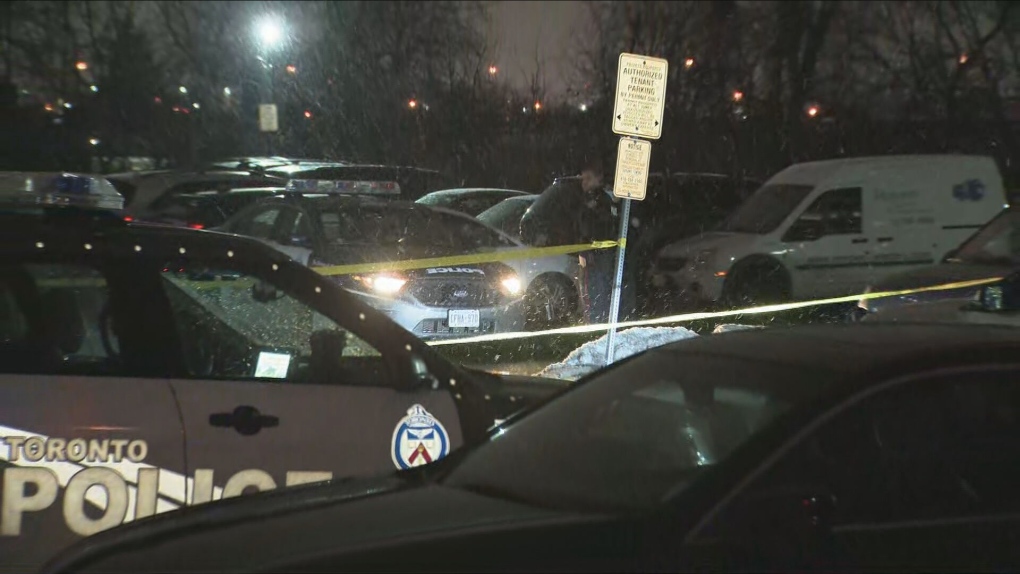 Police are investigating a fatal shooting in North York.

One person is dead after a shooting in North York Sunday evening.

Police said officers were on patrol in the area of Duncanwoods Drive and Finch Avenue West, east of Islington Avenue, when they heard gunshots.

A male victim was located suffering from a life-threatening gunshot wound, police said. Officers and paramedics administered CPR, but he was pronounced dead on the scene.

Police said there was a pursuit after witnesses told officers that they saw a man fleeing the area.

The suspect, who was wearing a mask and a red jacket, was last seen running to a ravine.