'She changed my life': Giving Tuesday push to fund one $25K dog guide

Last week it was Black Friday, then it was Cyber Monday, but the Lions Foundation of Canada is hoping to benefit from the generosity around “Giving Tuesday.”

“Giving Tuesday is an international day of giving and volunteering and we’re very excited to having a campaign to raise enough money for one dog guide,” Julie Jelinek, Director of Development at the Lions Foundation, said. “And that’s $25,000.”

It costs $25,000 to breed, train and place one guide dog with someone in need. 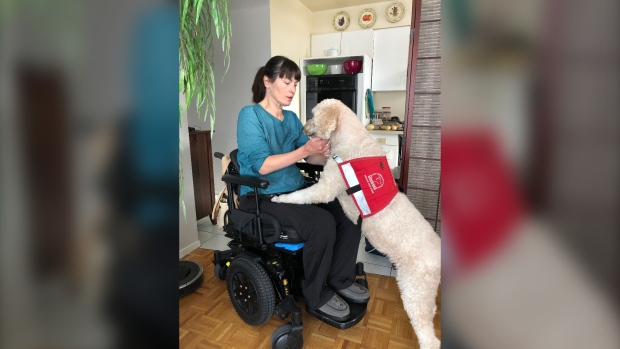 In 2013, Tammy Walsh benefitted from the program and now lives with Kiwi, an eight-year-old poodle.

“I am so totally in love with her,” Walsh said. “We have this thing, those of us who have dog guides, we call them our superheroes and they are life changing.”

Walsh broke her neck diving into a swimming pool a number of years ago and now uses a wheelchair to get around. Kiwi helps her with day-to-day tasks, such as opening and closing doors, making the bed, and retrieving items from the fridge.

“She changed my life in so many ways,” Walsh said. “Getting laundry for me, she will literally go in with her two front paws and her head, and pull out clothes for me which I wouldn’t be able to do.”

Kiwi came from the Lions Foundation of Canada, which offers seven different dog guide programs. With Tuesday not only being “Giving Tuesday” but also “International Day of Persons with Disabilities,” the organization is hoping for a fundraising push.

“Being a national charity, dog guides relies entirely on donations from people across the country,” Jelinek said. “So every bit will make a difference to our Giving Tuesday success. And the success of dog guides in the future.” 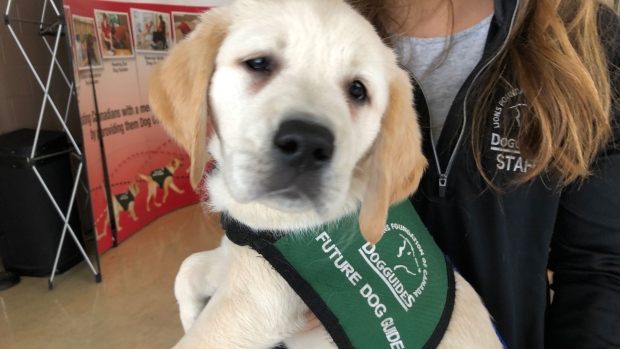 Walsh adds that future dog guides will give people like her the independence they need.

Donations can be made at the Lions Foundation of Canada website.