Several subway stations to close this weekend along Line 1 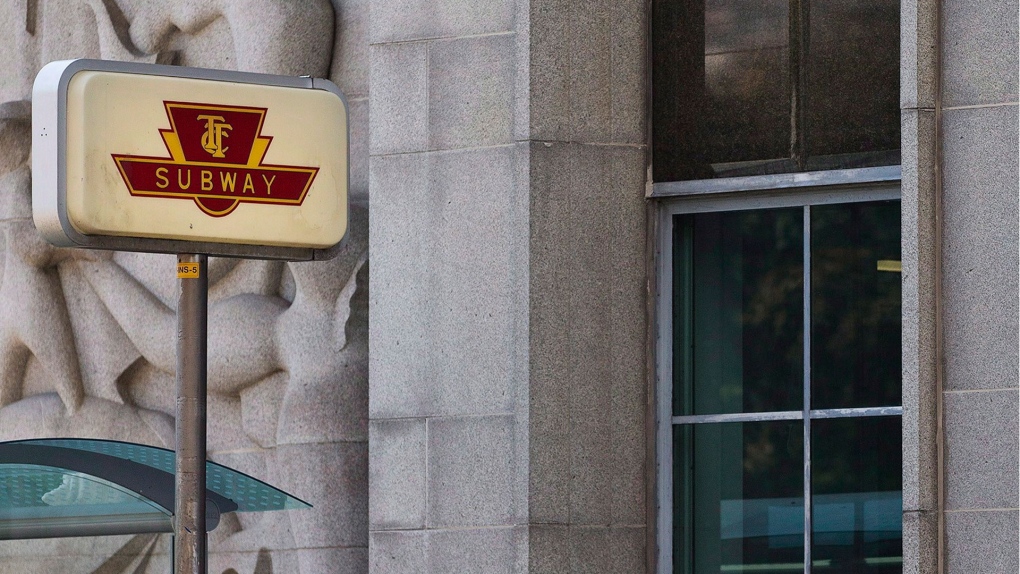 A subway sign is seen in Toronto on Friday, August 24, 2012. THE CANADIAN PRESS/Michelle Siu

Several subway stations will be closed at various times over the weekend for maintenance work.

There will be no subway service on Line 1 between St. Clair West and King stations on Saturday, according to the Toronto Transit Commission. 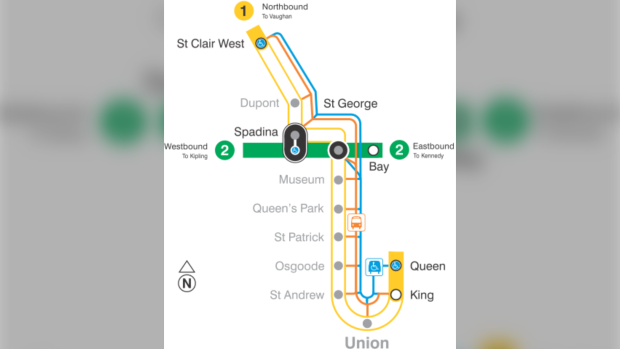 On Sunday, there will be no subway service on Line 1 between Bloor-Yonge and Osgoode stations. 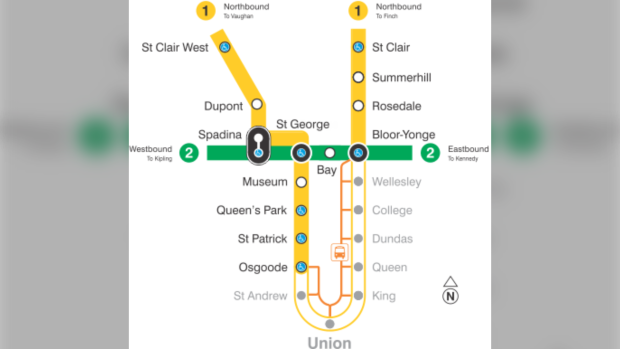 Shuttle buses will be operating on both days and Wheel-Trans will be available for customers requiring accessible service.

TTC said that because King Station is not yet an accessible station, customers travelling southbound on Line 1 who require an accessible connection should exit the train at Queen Station and request Wheel-Trans service.