TORONTO -- A number of protests in support of the Black Lives Matter movement are underway across the Greater Toronto Area.

The demonstrations come after weeks of similar protests in the United States, and the world over, following the deaths of Ahmaud Arbery, Breonna Taylor and George Floyd.

George Floyd’s dying words “I can’t breathe” have given voice to such events. The 46-year-old Black man died after a white police officer knelt on his neck for nearly nine minutes while Floyd was handcuffed face down on a Minneapolis, Minn. street on May 25.

The first demonstration, dubbed the “Remember the 400: Youth Rally”, began at Christie Pits Park with hundreds of participants making their way to Queen’s Park.

“The purpose of this gathering today is to answer the cries of our people worldwide,” Jacob Malcolm, a member of Remember the 400 told CP24 on Saturday. 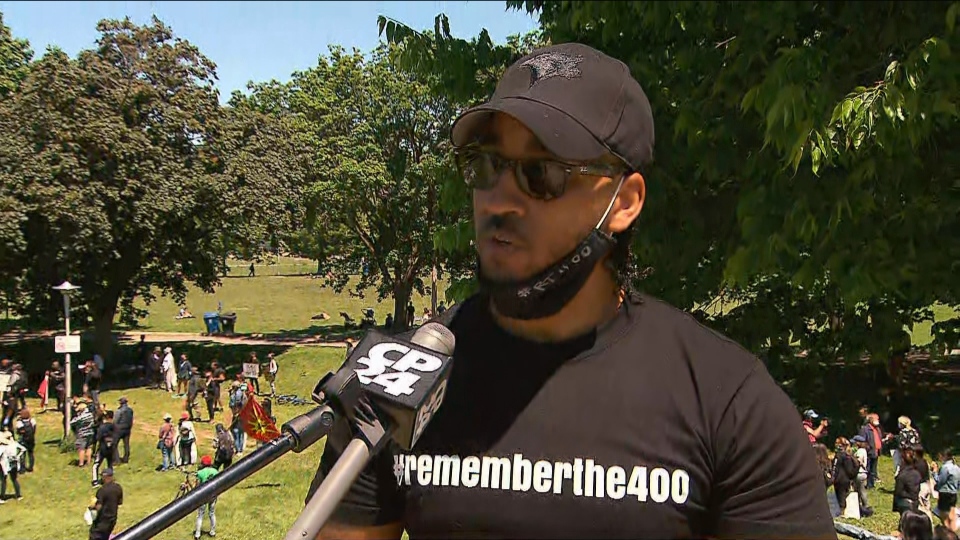 The planned protest has been largely peaceful with Toronto police on hand to direct traffic.

Other demonstrations are also being held today in Brampton, Malvern and Unionville.