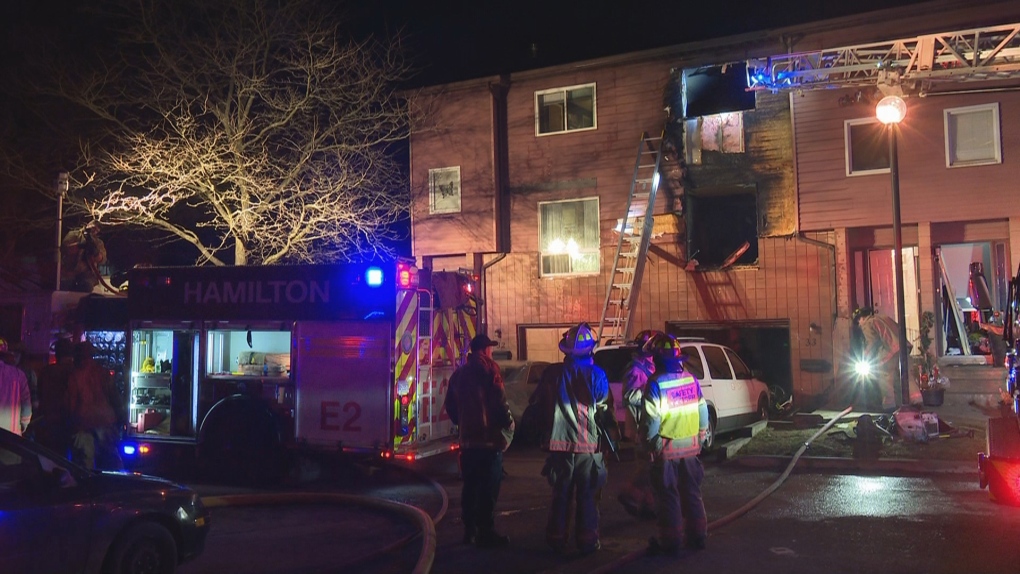 A townhouse unit badly damaged after a fire in Hamilton is shown on March 21, 2022. (Dave Ritchie)

Seven people including four children are recovering in hospital after the townhouse they were in caught fire in Hamilton early on Monday morning.

Hamilton Fire Chief David Cunliffe said they were called to a home at 1540 Upper Wentworth Street, north of Rymal Road East, just after 2 a.m. for a fire.

He said the townhouse was burning when they arrived, with fire blowing out of a main floor window.

A 911 dispatcher who was speaking to someone inside told all occupants to head to the back of the unit where firefighters could reach them.

They were all pulled out safely.

The three adults and four children rescued are all at a local hospital receiving treatment.

The unit sustained extensive damage and the Ontario Fire Marshal’s office has been notified.