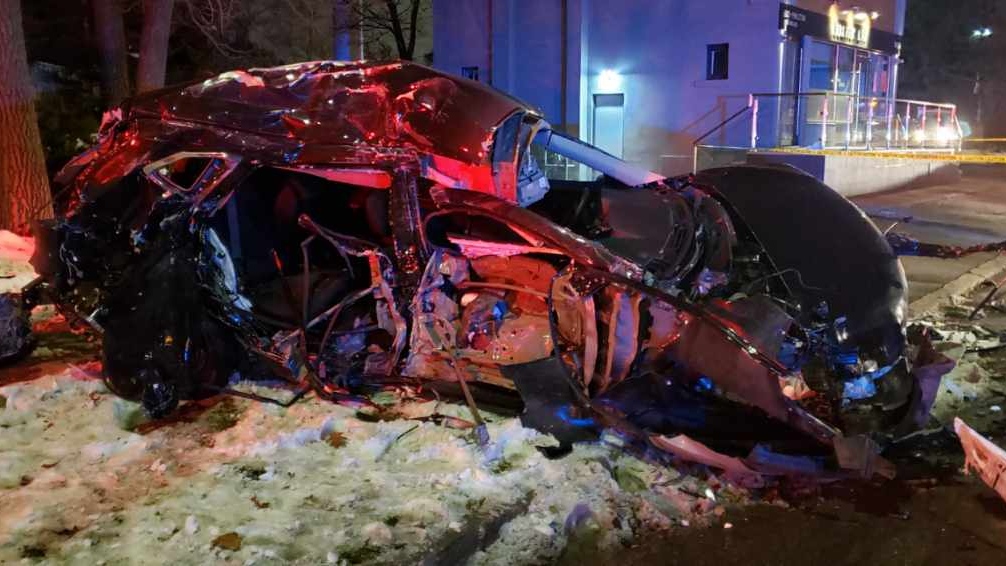 A car was struck by a train in Mississauga. (Peel Regional Police)

Service has resumed on the Lakeshore West Line after a collision involving a car on the tracks shut down GO Transit in Mississauga.

The incident occurred around 5:30 p.m. near Lorne Park Road and Birchview Drive.

Police said there were no occupants inside the vehicle.

An intial investigation has determined that the driver of the vehicle made a wrong term as directed by a GPS, police said.

Trains were holding west of Clarkson and east of Port Credit for several hours as police investigated the incident.

Around 8 p.m., officials said that Metrolinx had recieved permission to use the tracks again.

"There will continue to be delays and cancellations as we restore service. We will update you when service returns to normal."

UPDATE:
- All tracks have been deemed safe and are open for train traffic.
- Initial investigation has shown that the driver of the vehicle made a wrong turn as directed by a GPS device.
- No injuries.
- Thank you for your patience and understanding