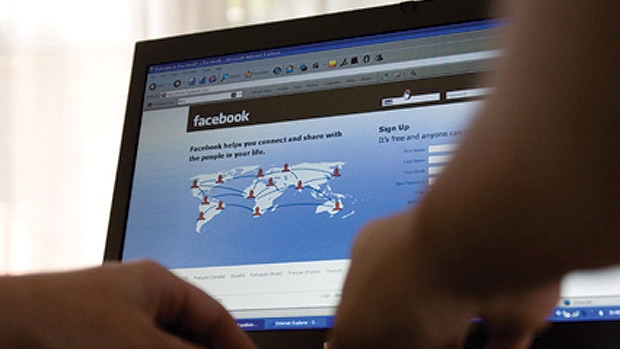 A Ryerson student is apologizing after a discriminatory post on a Facebook group incited a heated exchange where jokes and memes about the Holocaust were centerfold.

Though now removed from the Facebook group, the post in question showed a split image with two separate photos – one of a woman and one of Hitler. The words written over the image of the woman read “Removes Polish with chemicals nobody bats an eye,” while the those over the image of Hitler read “removes Polish with chemicals everybody loses his s*#@!.”

The image was posted on a Facebook group that describes itself as a forum for new Ryerson students. The post came from an account belonging to Ibrahim Khan, a members services assistant with Ryerson Students’ Union (RSU).

Although Khan’s post sparked condemnation from many in the closed Facebook group, it also roused a slew of similar discriminatory posts and comments from a few group members, most of which included images of Hitler.

One post, for example, used an image of Hitler with the words “Hey I just met you, and this is crazy, I’m Adolf Hitler, I’ll gas your baby.”

Several members responded to the posts, calling them “ignorant” and accusing the posters of trolling. Some urged fellow members to avoid responding to the posts altogether, to avoid feeding the fire, while others simply told them to “grow up.”

Khan later apologized for the image, insinuating that the post came from him account but wasn’t made by him.

“I’m also sorry for the people who got msgs (sic) from my account. Please ignore any message that you guys got from my account in the last 8 hours. If you guys have any concern, please feel free to message me. I received a call from a friend about the post. I wasn’t aware of the post till (sic) he called me and I deleted it as soon as I heard from him. Sorry for everything again.”

“People who don’t believe me can report against me or talk to RSU about it,” he said in a comment on the post. “I’ve clarified myself and I’m not gonna argue.”

Speaking to CTV News Toronto Friday, Khan said he had left his Facebook account open at his friend’s house while he drove another friend to the airport.

At some point during his drive –which he said took an unusually long time due to inclement weather – he was made aware of the post by a friend.

“I opened it up while I was driving and deleted it right then and there,” he said. “I honestly don’t find the content funny. It’s very disrespectful to people who have been through the horrors.”

Once he got home, Khan said he contacted some of his friends about the post and wrote the apology on the group.

He said he still hasn’t figured out who posted the image from his Facebook account but that it is in “complete opposition” to his views and values, both in his private life and as a staff member with the RSU.

“At this point, I still haven’t figured that part out. I’ve asked all those that were there and nobody would budge, so I don’t know,” he said.

“Here’s the thing, some people post stuff like that and find it funny but for people, and especially Jews for whom it is such a dark chapter in history, in invokes painful memories of the past and it is understandable that they get offended. Such ‘memes’ or posts should be strongly condemned.”

“I have reconsidered being around with such people ever since this issue has surfaced,” Khan went on. “It is something I have zero tolerance for. If I’d known they shared these views earlier I would’ve cut them off before, but as I said, you can never know that until something related comes up.”

Michael Forbes, the group director of communications at Ryerson, said that the Facebook group is not sanctioned by Ryerson and that the group “should have a disclaimer indicating they are not endorsed by or affiliated with” the school.

He said if staff, students or faculty posted questionable content on social media, the claims would be referred to the university’s human rights services office where they would “seek to remedy the situation” and “prevent the continuation or repetition of the conduct in question.”

Depending on the outcome of the investigation, Forbes said “a broad range of remedies and penalties” could be applied.

The vice-president of operations at the RSU, Neal Muthreja, confirmed to CTV News Toronto that Khan is in fact a staff member with the union.

Muthreja said an internal email was sent out today from RSU general manager Natasha Campagna, who made staff aware of the incident.

“Keep in mind, this is a big concern for us,” Muthreja said. “I apologize for that to happen from one of our staff. We will follow up with the president and figure out the next steps.”

Muthreja said he intends on meeting with the RSU president, Obaid Ullah, today to discuss the situation and determine whether disciplinary steps will be taken.

“I can authorize certain things without the whole team’s approval but he (Ullah) needs to be in the loop as well. The moment he comes back from exams we will discuss,” he said.

Though he couldn’t speak to the kind of disciplinary action the RSU could take, Muthreja said the incident is unusual for the student group.

“Unusually this kind of thing doesn’t happen,” he said. “It’s a first time case for us. I’m going to figure out the logistics behind it first.”

Similar comments made at RSU meeting

But it’s not the first time the RSU has been tangled in allegations of anti-Semitic rhetoric.

Earlier this month, the Toronto Star reported that Ryerson University had received complaints about anti-Semitic comments that were made during an RSU meeting where students made a motion to mark Holocaust education week on campus annually.

They reported that students who brought forth the motion at the Nov. 29 meeting were subjected to “jeers and snickers” which ultimately escalated to anti-Semitic comments.

Several students left crying, according to the Star.

The school confirmed that Ryerson president Mohammed Lachemi met with the RSU president to discuss the matter and that an investigation into the allegations has been launched.