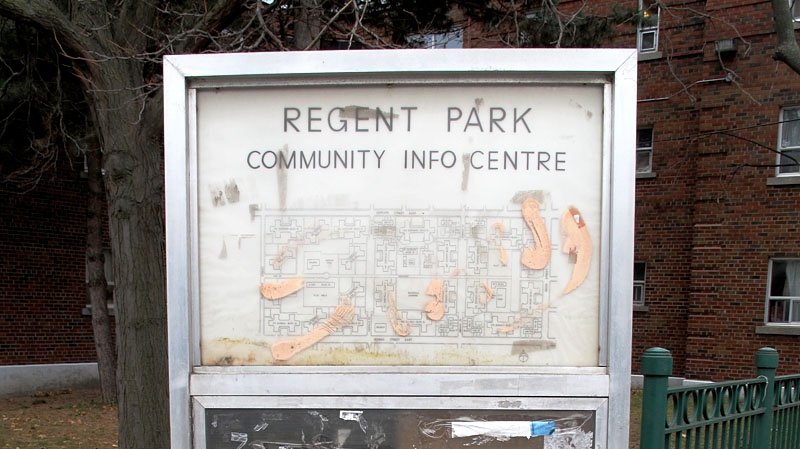 TORONTO -- Toronto Community Housing has launched the third phase of the Regent Park revitalization project, which will focus on the downtown community's youth.

The proposed Regent Park Athletic Grounds will also include a new soccer field, a basketball court and an improved ice rink, which will be refurbished with funding from the Hockey Canada Foundation.

The sports facilities will be paid for through fundraising and the Maple Leaf Sports and Entertainment Team Up Foundation.

A new cultural centre and an aquatic centre are slated to open this fall, and a six-acre community park and community centre are currently under construction.

Toronto Community Housing says the project is aimed at transforming Regent park into a mixed-income, mixed-use community for more than 12,500 residents.

"The Regent Park revitalization is unlike anything I've seen in my 30 years of working in social housing in North America," Jones said in a news release.

"The community is buzzing with renewed energy and enthusiasm, and I'm confident the revitalization will bring continued benefits to Regent Park residents, their neighbours and the city as a whole."