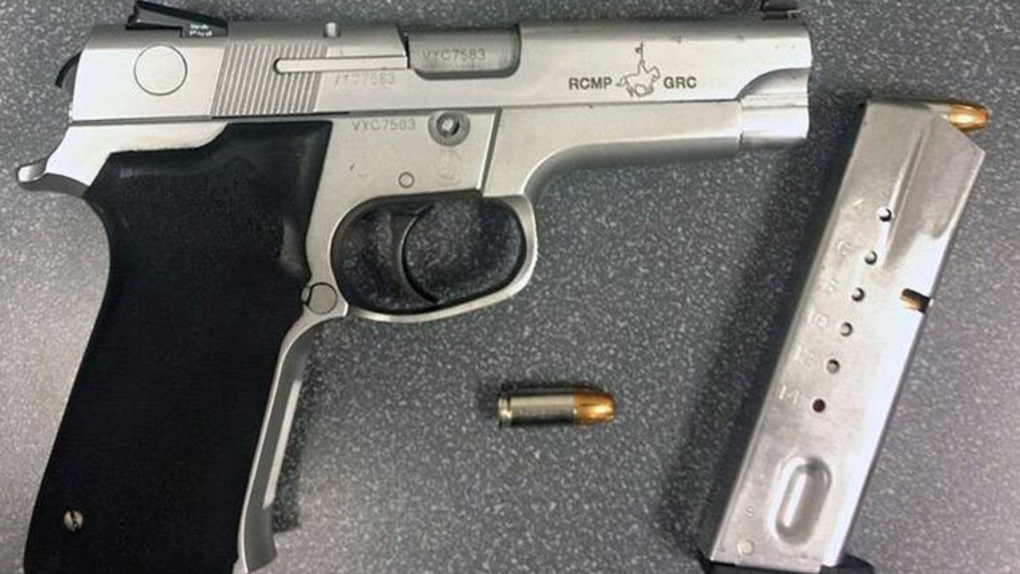 An investigation into a stolen RCMP firearm is underway. (Toronto Police Service)

TORONTO – A firearm belonging to the RCMP was stolen at a Toronto mall earlier this week.

Toronto police said an investigation into the theft began on Wednesday at 10 p.m. at CF Sherway Gardens, located in Etobicoke near The Queensway and The West Mall.

According to investigators, a black satchel with a blue stripe was stolen between the hours of 7:30 p.m. and 9:45 p.m. at the mall. The satchel contained a Smith & Wesson 9 mm model 5946 pistol, police said.

“The pistol has a silhouette of a horse and rider with GRC and RCMP engraved on the right side of the firearm,” officers said in a news release issued on Friday.

An image of the firearm was released by the Toronto Police Service in the news release.

Three magazines and a police radio were also stolen at the time, investigators said.

“If anyone locates the satchel, do not remove the firearm from within,” police said. “Please call 911 to have police attend your location.”

“If anyone has knowledge of or witnessed the theft please call Det.-Const. Nicholas Carmanico or Det. Ray Direnzo of 22 Division major crime.”

In response to the matter, the RCMP said it “takes this theft very seriously.”

@TorontoPolice is investigating this incident however, the RCMP takes this theft very seriously and is also reviewing the matter. We encourage anyone with knowledge to come forward to help police recover the missing items as quickly as possible. ^PH