The Special Investigations Unit (SIU) has been called in to investigate a crash in Brampton involving two police cruisers.

Emergency officials were called to the area of Queen Street East and Main Street South for a report of a stolen vehicle on Sunday evening.

During a police pursuit, a collision occurred and two suspects were taken into custody.

No charges have been laid and no physical injuries have been reported in the incident thus far. 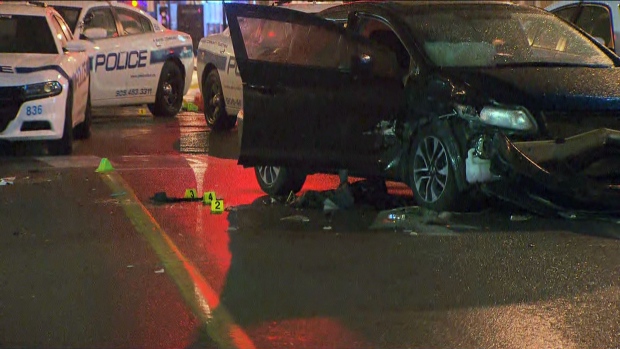 Peel Regional Police confirmed that the province’s police watchdog invoked its mandate on the case.

Roads continue to remain blocked off in the area as officials investigate the matter.