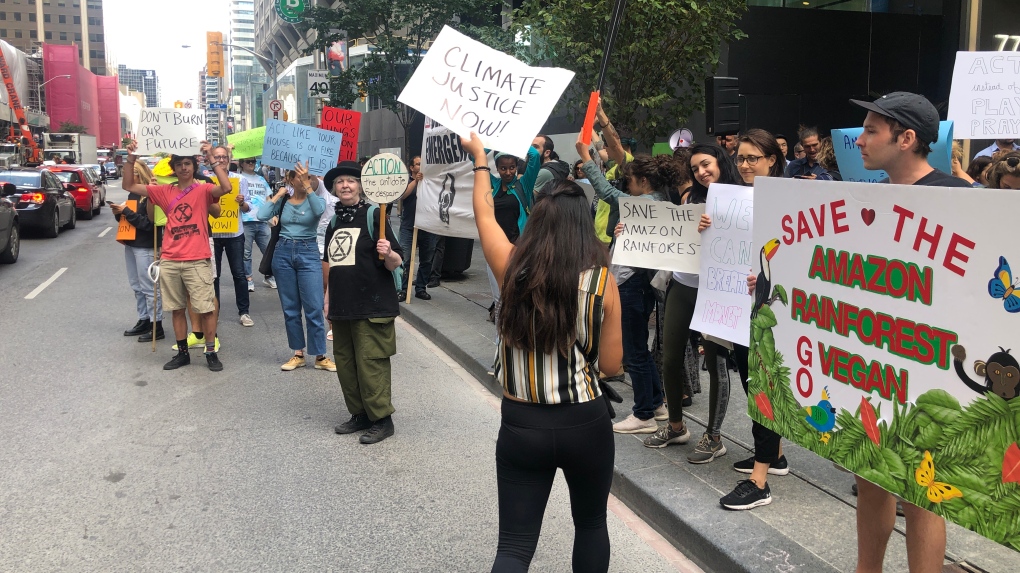 A couple dozen people gathered outside the Consulate General Of Brazil in Toronto on Friday afternoon to call on the government to take action and help fight the Amazon fires.

The protesters gathered outside 77 Bloor Street, near Bay Street, holding signs that read “climate justice now,” “don’t burn our future” and “if you breath air, you should care.” Video footage from the scene showed the protesters chanting “occupy the government” and “liberate the Amazon.”

“The Amazon provides 20 per cent of the Earth’s oxygen. It is literally our lungs and as it burns we suffer,” said Rachel Finan, one of the organizers of the event. “Notre Dame was burning for three seconds before it was global news, the Amazon has been burning for three weeks and we want people to stand up, take notice and fight back.” 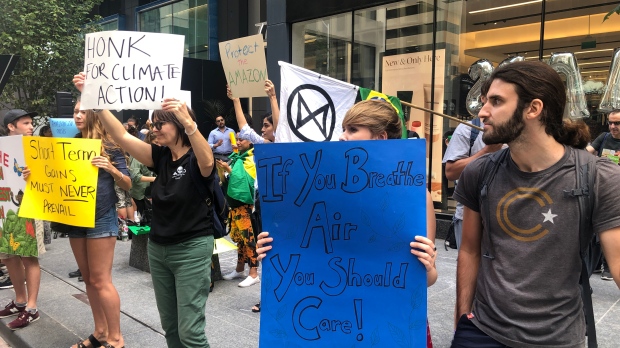 Brazil’s National Institute for Space Research said on Thursday that 75,336 fires have swept across Brazil’s forests over the last eight months.

According to the World Wide Fund for Nature in Brazil, the fires are “strongly associated with deforestation,” caused when land is cleared for crops and grazing. Finan told CTV News Toronto that many people are blaming Brazilian President Jair Bolsonaro for clearing the area for animal agriculture.

“The climate disaster we are already in is accelerating beyond any comprehension, so we are here to demand something is done about that.” 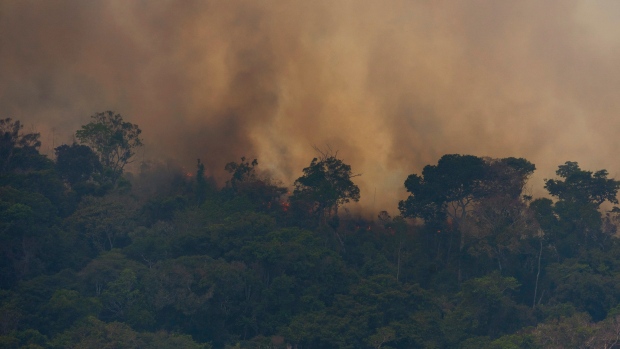 Natalie Kibet, who participated in the protest, said that they are also calling on the Canadian government to put pressure on Brazil at this weekend’s G7 summit.

“Our world is falling apart and the government system is doing absolutely nothing. This is not just Brazil’s problem. We have the resources, we have the manpower we need,” she said.

The protest was organized by activist group Extinction Rebellion Toronto.