Ontario Premier Doug Ford says he has “no sympathy” for violent offenders whose mental health prevents them from being held criminally responsible, saying the public would be better protected if those patients were “dealt with in jail.”

The comments were made at a news conference held on Friday as Ford was weighing in on the case of Zhebin Cong, 47, a patient at the Centre for Additions and Mental Health (CAMH) who was given a 24-hour supervised leave earlier this year and fled the country.

Cong was previously charged in connection with a fatal stabbing that took place in 2014, but was found not criminally responsible.

In May of the same year, the Ontario Review Board decided Cong would reside at CAMH with “privileges extending to living in the community in approved 24-hour supervised accommodation.”

The board concluded that Cong posed a “significant threat to the safety of the public.” 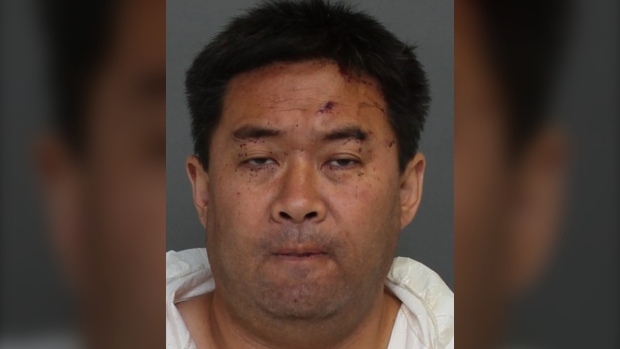 Zhebin Cong, 47, is pictured in this photo released by Toronto police. (Handout)

Ford used graphic language to describe Cong’s crimes, calling him an “animal” who “chopped up his roomate.”

“This person took a meat cleaver and hacked up his roomate,” Ford said.

“I’m supposed to be a bleeding heart and say let’s take care of them? I have zero sympathy for these people.”

Ford says while he’s passionate about helping people with “true mental illness,” violent offenders should be in prison.

“We have to have tougher laws in this country, we have to put these people away. And if they have mental health issues they can be dealt with in jail. Simple as that.” 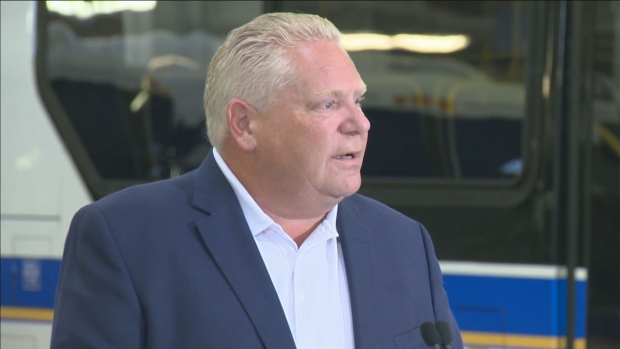 Ford’s comments were immediately criticized by the Ontario New Democratic Party as being “irresponsible” and stigmatizing to anyone suffering from a mental illness.

“I never thought that I would ever hear the premier of a province describe those with mental illness as animals,” says NDP MPP Catherine Fife.

“When the premier of the province uses language like that, people who are watching and listening aren’t going to hear him describe just one person, they’re going to see themselves in those comments.”

Ford says he has “no regrets” about his feelings towards violent offenders who suffer from mental health challenges, and suggests that members of the public should share the same attitude.

“This person was a murderer.”