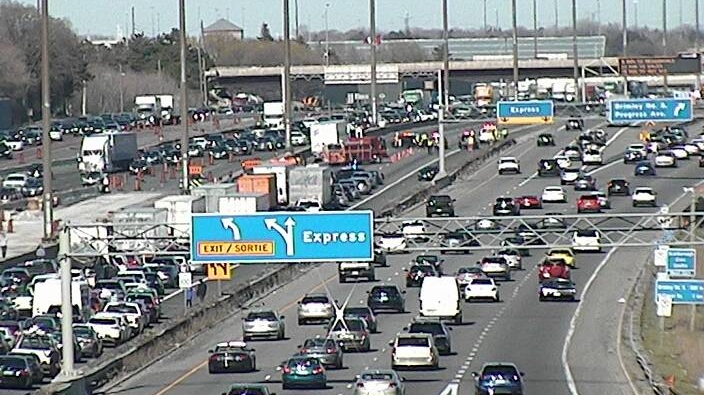 Emergency crews are on the scene of a collision on Highway 401 in Scarborough. (MTO)

A three-vehicle collision that closed a portion of Highway 401 in Scarborough for hours on Sunday left two people seriously injured.

The crash happened on the eastbound express lanes of the highway near Kennedy Road just after 4:15 p.m.

Ontario Provincial Police said a transport truck rear-ended a passenger vehicle and then side-swiped another car. 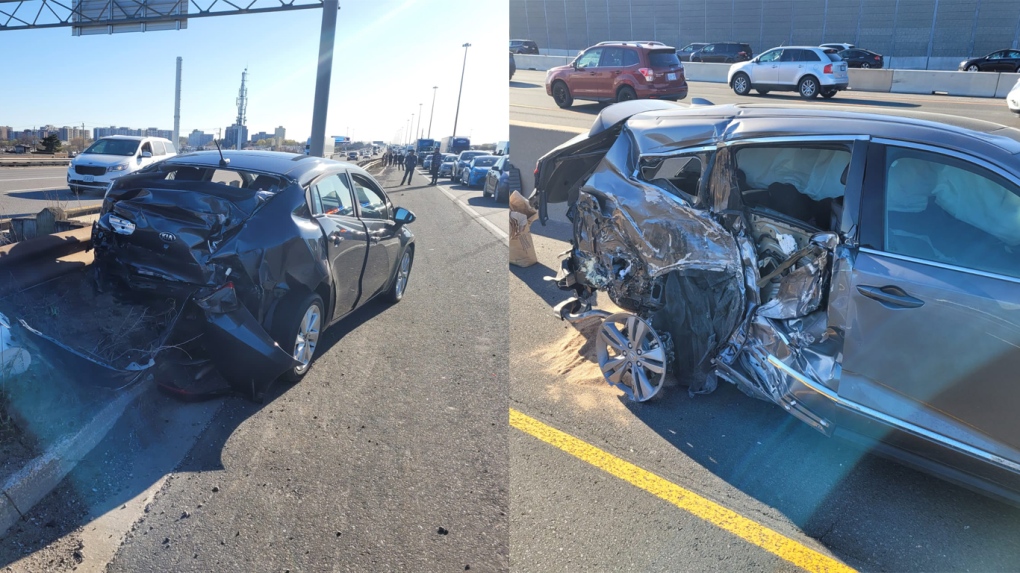 Photos from the OPP show two vehicles that were damaged following a collision on Highway 401. (Twitter/OPP_HSD)

One person needed to be extricated following the collision, Toronto Fire said.

The collision prompted a lengthy closure of all eastbound express lanes near Kennedy Road, leaving many stuck on the highway. 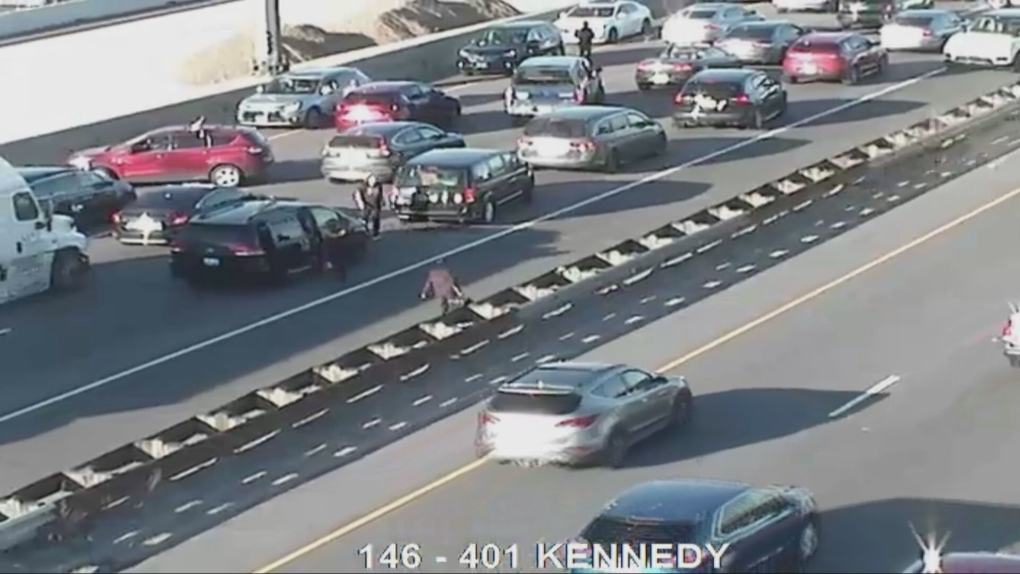 Traffic cameras captured people getting out of their vehicles and standing on the road.

Some were also seen turning their vehicles around and driving in the opposite direction to get out of the traffic jam.

The highway reopened just after 8 p.m.

Canada will keep ArriveCan for its data on COVID-19-positive travellers: sources

A staggering 71 million more people around the world are experiencing poverty as a result of soaring food and energy prices that climbed in the weeks following Russia's invasion of Ukraine, the United Nations Development Program said in a report Thursday.