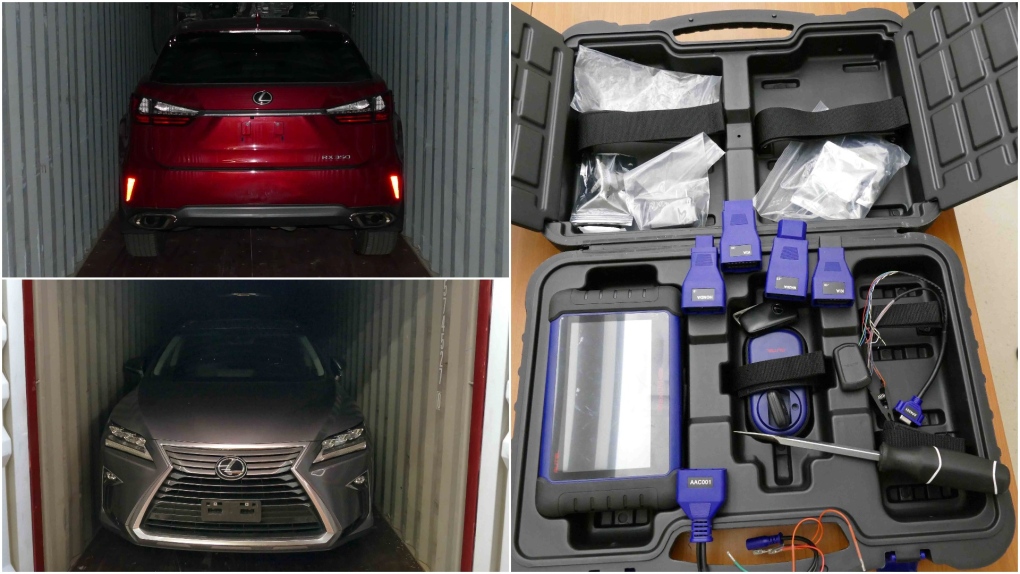 TORONTO -- Police in York Region have recovered more than 70 stolen vehicles worth $4.5 million from across the Greater Toronto Area following an ongoing auto theft investigation launched two months ago.

Investigators from York Regional Police’s Auto/Cargo Theft unit began working with Toronto police and the Canada Border Services Agency (CBSA) in September after they learned of a group of people allegedly trafficking stolen vehicles out of a “hub location” in Mississauga.

Of the 73 vehicles seized, most are Lexus, Toyota and Honda, police said.

York Regional Police said that investigators were also able to link the group to 32 other stolen vehicles that they believe have been shipped to either Ghana or Nigeria.

Four Toronto residents have been charged as a result of the investigation.

In a news release issued Wednesday morning, York Regional Police Chief Jim MacSween said the recovery of the stolen vehicles, as well as the resulting arrests and charges, could not have been made without the assistance of the services’ policing and investigative partners.

“Our investigators have been working tirelessly to identify those responsible for the many thefts of high-end vehicles in York Region,” MacSween said.

Toronto Police service Supt. Ron Taverner said the city of Toronto has experienced an “increased volume” of vehicle thefts from residential driveways in the city in recent months and said he looks forward to continuing the partnership with York Regional Police and CBSA as they work to combat this “multi-jurisdictional issue.”