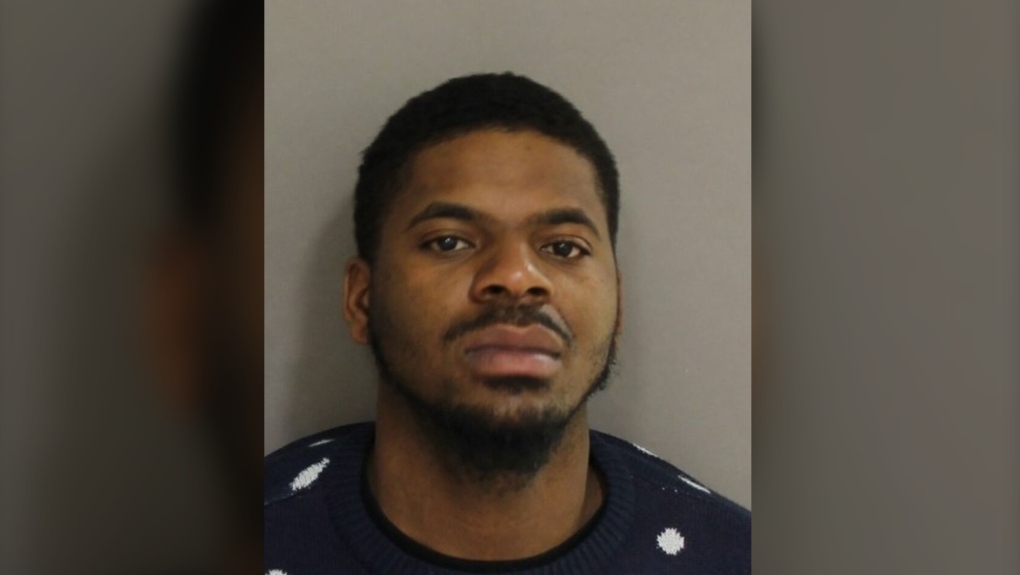 TORONTO -- Toronto Police Services (TPS) are searching for a man wanted in connection with an assault that occurred in the city’s waterfront area in the early hours of Saturday morning.

Twenty-seven-year-old Toronto resident Elison Teliska is wanted for two counts of assault, one count of aggravated assault and one count of choking, according to police.

Police say that they responded to a call for an assault in the Queens Quay West and Rees Street area of Toronto just after 12:30 a.m. on Saturday.

It is alleged that a group of people were in a vehicle when a man and a 26-year-old woman began arguing. According to police, the man then assaulted and choked the woman before fleeing the scene.

Teliska is described by police as standing at 5’9” and weighing 141 lbs, with a thin build, dark hair and brown eyes.

He is considered to be violent and dangerous and police are encouraging anyone who may locate Teliska to contact them at 416-808-5200​ rather than approaching him.