TORONTO -- Investigators have released video of a rapid exchange of gunfire outside a memorial service for Toronto rapper Houdini, who was shot to death on a downtown sidewalk in broad daylight last month, as they issue arrest warrants for two additional suspects.

In the late evening hours of June 9, gunfire erupted behind Blaxx Restaurant and Dive Bar, located in Toronto on Beverly Hills Drive just north of Highway 401, as a vigil to remember Dimarjio Jenkins, known as Houdini, was being held following a funeral service in Mississauga earlier that day.

While providing an update into the investigation on Thursday, Supt. Steve Watts released surveillance camera footage of the shooting captured from the parking lot at the rear of the venue.

Watts said a dark-coloured sedan pulled over to the shoulder of the westbound lanes of Highway 401, directly alongside the venue’s parking lot, before “an unknown occupant or unknown occupants” got out of the vehicle and opened fire at the crowd gathered outside.

The vehicle is only there for about four seconds before it flees westbound on the highway, out of the camera’s view, he added.

The video captures 10 persons of interests, Watts said, “either brandishing or discharging firearms” in the direction of the vehicle on the highway. 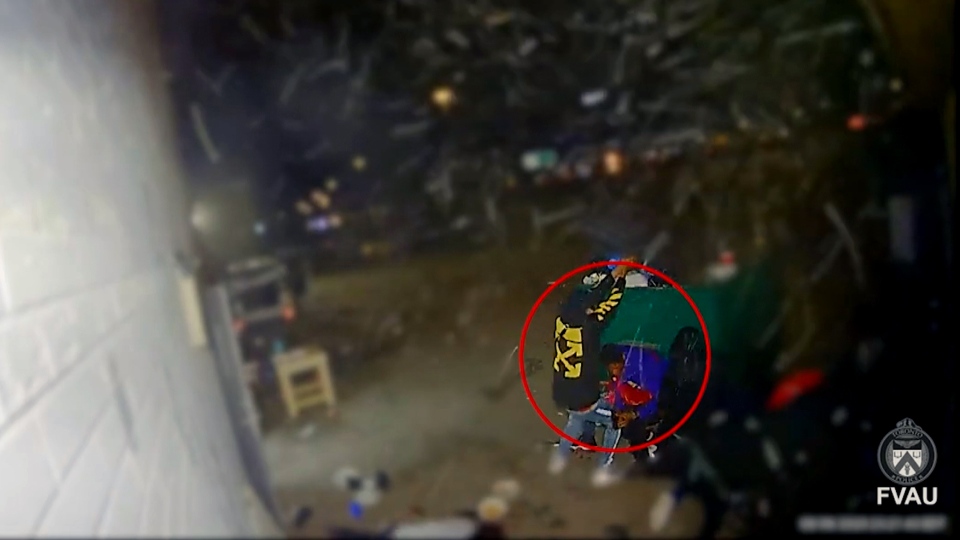 “During this time period of about 45 seconds that has elapsed, numerous vehicles driving westbound on Highway 401 pass this location as gunfire is being directed towards the highway by persons at the rear of the restaurant,” he said.

“Numerous vehicles were driving on the highway at the time and could have been easily hit with stray rounds.”

Following the exchange of gunfire, all of the suspects fled the area, Watts said.

More than 60 shell casings of various calibres were located at the scene by emergency responders. 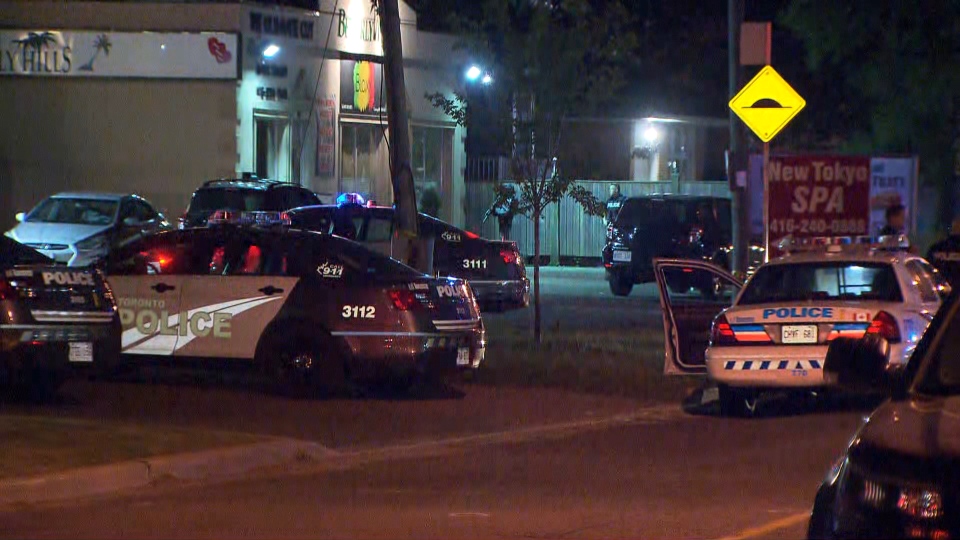 There were no victims located at the scene when officials arrived, but two men, both in their 20s, later walked into a hospital suffering from gunshot wounds sustained during this incident. At the time, officials said their injuries were considered to be non-life-threatening.

Through further investigation, police said these two men were allegedly in possession of firearms at the time of the shooting and had been discharging them towards the highway.

Furthermore, investigators said they have now identified “two additional subjects in the parking lot who are also alleged to have discharged firearms during the incident.”

Arrest warrants have been issued for Brampton resident Terrell Bruke Whittaker, 24, and Pickering resident Javontae Johnson, 18. Photographs of the two men have also been released by police. 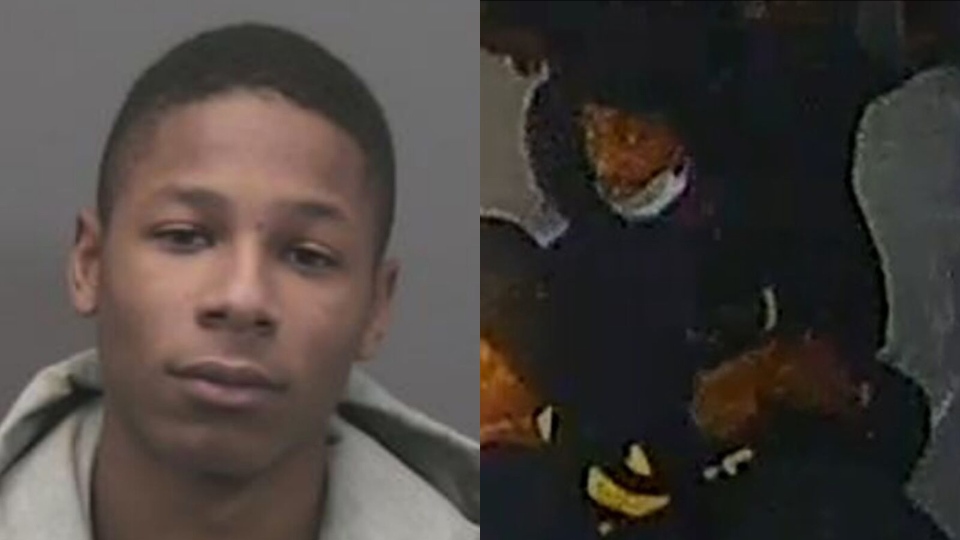 “We are actively attempting to locate and arrest them,” Watts said. “Investigators are seeking the assistance of the public with any information in relation to this incident.”

No further descriptions of any other possible suspects have been released by investigators in connection with this case.

Anyone with further information regarding this investigation is asked to contact police at 416-808-2510 or Crime Stoppers anonymously at 416-222-TIPS (8477).

Houdini was shot to death near King Street and Blue Jays Way on May 26 as bullets rang out in broad daylight right in front of innocent bystanders. 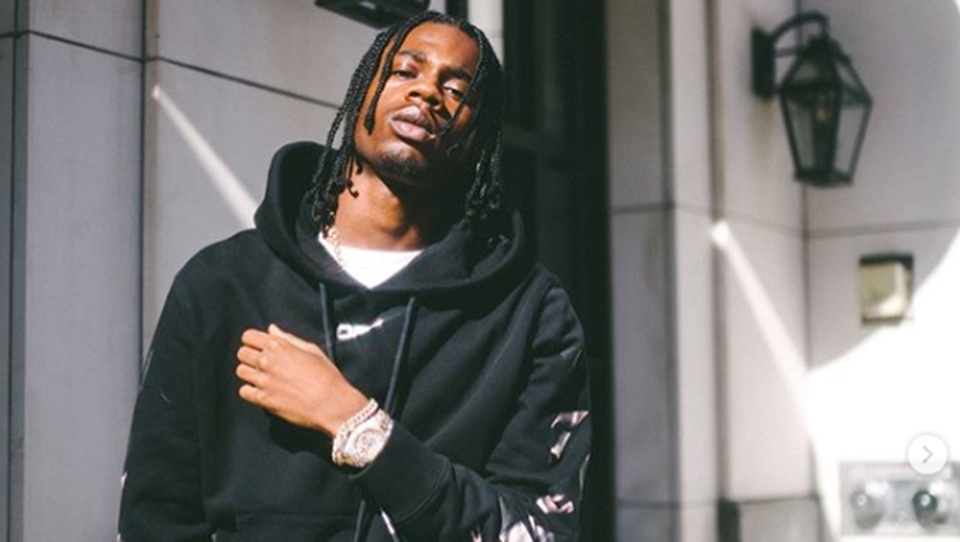 A 15-year-old boy, who was with Houdini at the time, was injured in the shooting. Police have said he returned fire and is now subsequently facing firearm-related offences.

A 27-year-old woman, who was an innocent bystander, was also injured in the shooting.

Video of that incident released by investigators a few days later also showed a six-year-old boy and his mother “exactly in the line of gunfire.” They did not sustain any physical injuries. 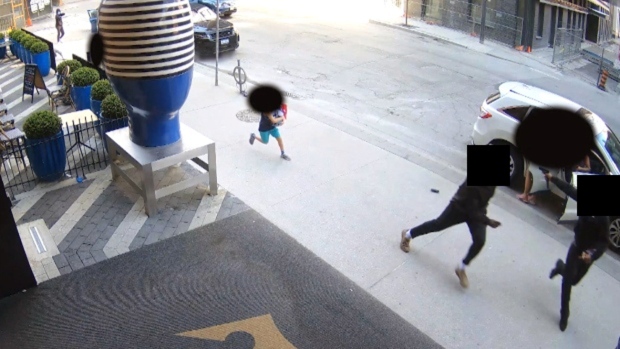 Police are continuing to search for those who initiated the deadly shooting.