TORONTO -- Peel Regional Police have issued a summons for a 48-year-old man in connection with a racist, anti-mask incident that occurred at a Toronto supermarket and was caught on video.

The incident occurred on July 5 at a T&T Supermarket in Mississauga, located near Central Parkway West and Grand Park Drive.

The interaction was captured in a nearly four-minute long video that was widely circulated on social media. In the video, a man and a woman who are not wearing masks are seen in the aisle of a store surrounded by staff. The man then appears to go on a rant about how masks make people ill and he shouldn’t have to wear one.

Police said the man then became agitated and started making “disparaging comments regarding the heritage of staff members.”

The video has garnered a lot of attention from high-profile politicians such as Prime Minister Justin Trudeau, who took to social media last week to say the rant was “hard to watch.”

“We all have a responsibility to call out racism and discrimination - so call it out whenever and wherever you see it,” Trudeau said.

Police said they are investigating the incident as hate-motivated and have identified a suspect. 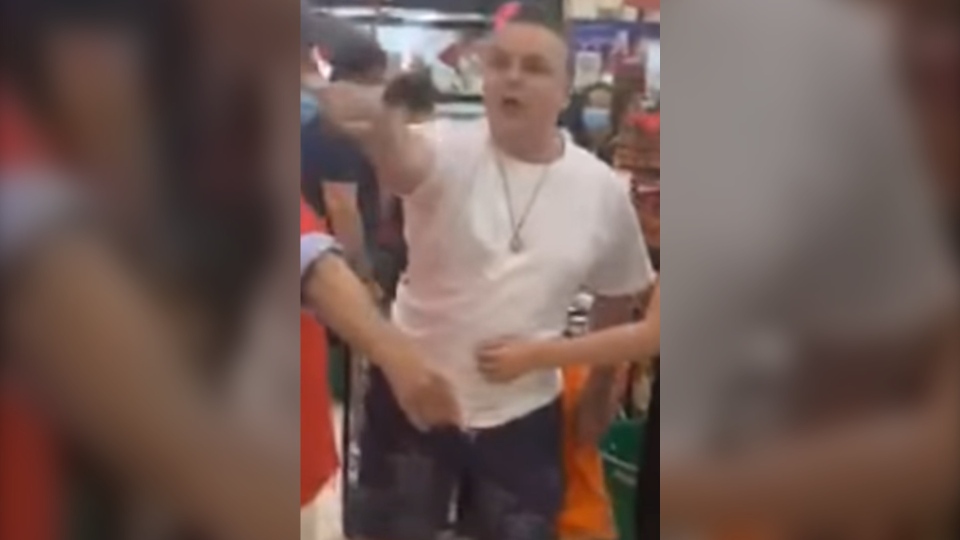 On Wednesday, investigators issued a summons asking Mississauga resident John McCash to turn himself in to police in connection with the incident.

The summons was issued for the offence of causing a disturbance.

Peel Regional Police Chief Nishan Duraiappah took to social media on Wednesday evening to say that the incident has had a profound impact on the community.

This incident has had a profound impact on not only the victim, but also the community. @PeelPolice investigators have worked hard to identify John McCash & I urge him to speak with legal counsel & make arrangements to speak with our investigators
DETAILS:https://t.co/a84Y3aMoJI pic.twitter.com/DwLroEFiSq

It is now mandatory to wear masks inside public spaces in Toronto and much of the GTA.