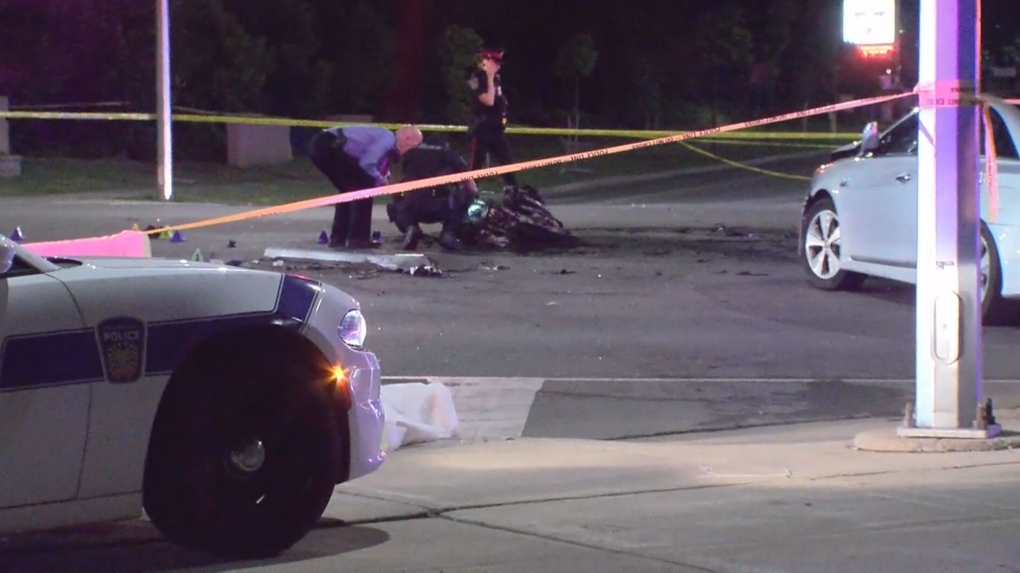 A motorcyclist is dead following a collision in Brampton Thursday night.

Shortly after 11:45 p.m., police responded to reports of a crash involving a vehicle and a motorcycle near Bovaird and Great Lakes drives.

The motorcyclist was pronounced dead at the scene, police said.

The driver of the vehicle remained at the scene.

The Major Collision Bureau is investigating.