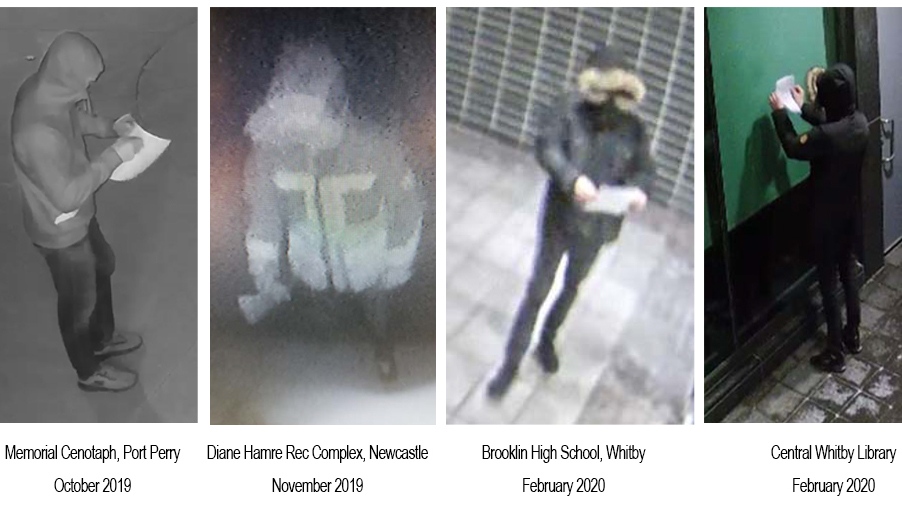 TORONTO -- Police have released suspect photos as they investigate anti-immigrant posters being placed on libraries, schools and other sites in Durham Region over the span of several months.

Durham police said either a person or multiple people have plastered white and black posters with discriminatory messages toward immigrants across the region between October 2019 and February 2020.

Police released surveillance images connected to the case on Thursday.