Police have identified a 33-year-old Toronto man who was killed in a drive-by shooting in the city's north on Wednesday night.

Emergency crews were called around 9 p.m., to the area of Sidney Belsey Crescent and Weston Road, for reports of a shooting.

Police said that Abdikani Ismail was driving in a white SUV on Weston Road when an another vehicle pulled up beside it and someone opened fire.

When paramedics arrived on scene, they found a man in a bullet-riddled Jeep Grand Cherokee. The vehicle had crashed into a tree and came to a stop on the east side of Weston Road.

The jeep had at least five visible bullet holes in the passenger side, as well as a blown-out window. 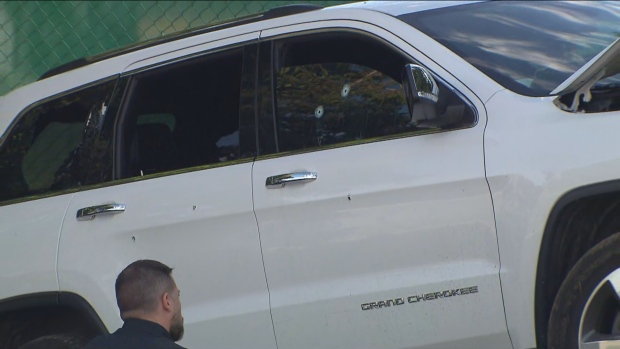 Bullet holes can be seen in the SUV where a man was found with a gunshot wound. (CTV News Toronto)

The victim was transported to hospital but later died, police said.

“We believe it was a targeted shooting,” Price told said. “I don’t believe this was a random act but it is still under investigation and I am not in apposition to fully confirm that.”

“We are certainly looking at all possibilities at this point.”

“I’m really frightened. Not only for myself, but for my kids. I feel like it’s not safe anymore to take my kids anywhere.”

Neighbours said the shooting is particularly alarming, given another man was shot nearby on Monday night. A 61-year-old man died in hospital after being shot in a parking lot near Weston Road and Highway 401.

“You don’t know if you are walking by and a stray bullet is going to catch you,” Sonya, who has lived in the area for 19 years, said. 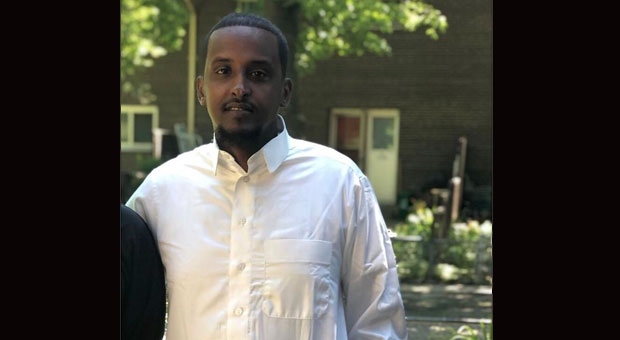 “People in this part of the community, and other communities, feel like they’re in a prison,” area pastor, Reverend Delroy Sherman, told CTV News Toronto.

“They want to be outside with their grandchildren and their children having fun sitting out, it’s summertime now. And yet they told me they have to go inside the house, they don’t know if a stray bullet is going to come through their windows.”

Shooting update:
- the male victim of the shooting has succumbed to his injuries and has been pronounced deceased in hospital
-there is no further information on the victim or his identity at this time until we are able to contact his next of kin#GO1595555^adc