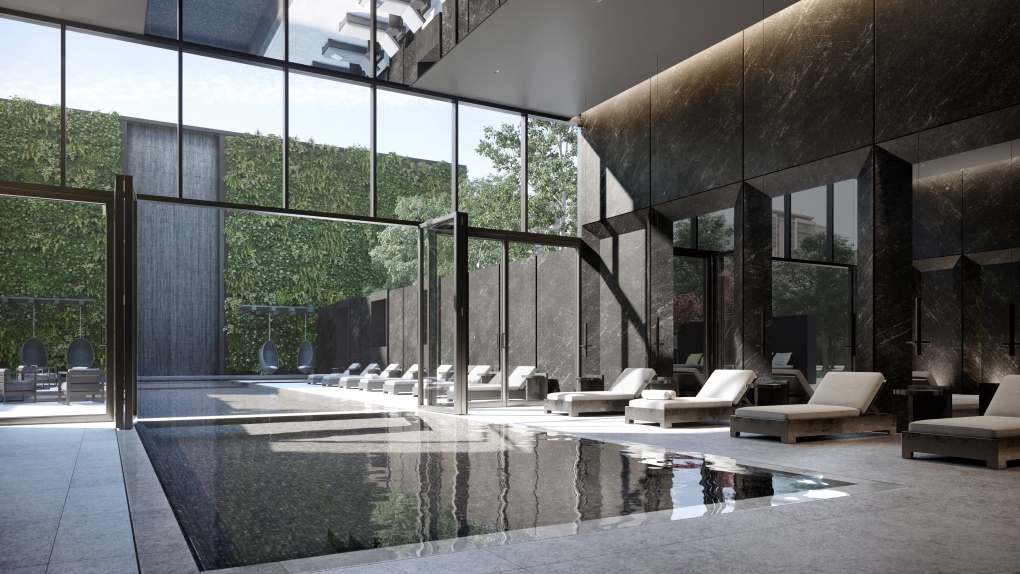 He's already proven his prowess as a musician, producer and fashion designer, but Pharrell Williams says his first foray in condominium development continues to be a "crash course" in creativity on a high-rise scale. Reserve Properties and Westdale Properties unveiled new details Wednesday that they say show how Williams' music and aesthetic sensibilities have shaped the dual-tower project in midtown Toronto. THE CANADIAN PRESS/HO-Norm Li MANDATORY CREDIT

TORONTO -- He's already proven his prowess as a musician, producer and fashion designer, but Pharrell Williams says his first foray in condominium development continues to be a "crash course" in creativity on a high-rise scale.

When he teamed up with property developers about a year ago, Williams said he was unsure how much input he would have in designing the dual-tower project in midtown Toronto.

But the "Happy" hitmaker said his partners encouraged him to take an active role in making the condo complex -- dubbed "untitled" -- into the kind of place he would want to live. 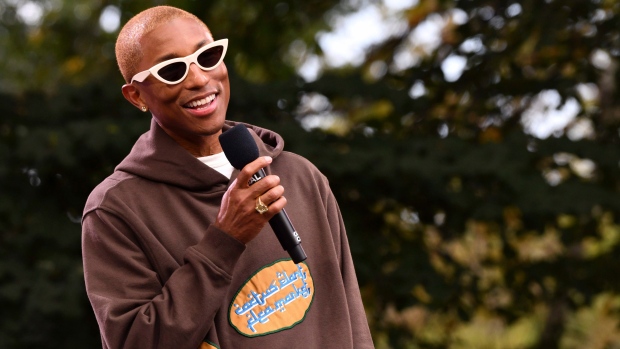 "That kind of changed things for me, because then we really went under the hood and did a lot of work," Williams told The Canadian Press by phone. "I'm really proud to say that we arrived at that point."

Reserve Properties and Westdale Properties unveiled new details Wednesday that they say show how Williams' music and aesthetic sensibilities have shaped the project.

The development consists of 751 condo units between two joined towers near the intersection of Yonge Street and Eglinton Avenue. Sales are set to begin in early 2020, and prices will start at the low end of the $400,000 range, according to developers.

Williams worked with lead architect Mansoor Kazerouni of IBI Group to model the buildings' curved balconies after the sound-wave pattern of his song "Gust of Wind."

"(We were) trying to find a poetic way to communicate this wave formation vertically in the construction," Williams said. "It made for something beautiful."

As an Aries, the 46-year-old Williams said he's prone to holding onto items for too long, and has eclectic tastes that don't always jive well together.

To counter this propensity for excess, Williams said his artistic impulse is to strip things down to their bare essentials.

"I would say that this continues to be a crash course ... It's (learning) a complete different language," he said.

"I just realized it was another way to express myself and to contribute to something that is a completely new and foreign discipline to me.

"I like buildings and I like construction, but never did I ever dream that I'd get the opportunity to weigh in and be a part of it."

Given his busy schedule, Williams said he couldn't ballpark how many hours he's put into the project.

But the chief operating officer of Reserve Properties said the Grammy Award-winning artist has been intimately involved throughout the development process, weighing in on design details as well as the big-picture vision.

"A really key overarching message was you didn't want to dictate or direct how people should feel," said Shane Fenton, who was on the conference call with Williams on Tuesday.

"We should create these universal spaces that allowed the users to really embrace their own unique experience within it."

There's a luxe menu of amenities for "users" to choose from, including a "wellness centre" with a spa and indoor-outdoor swimming pool, a co-working garden lounge, a screening room and private dining with a sake tasting area.

These star-powered projects have drawn some criticism from locals who are feeling the pinch of Toronto's sky-high housing prices.

Fenton said developers assured Williams that the project would provide housing options for an array of income brackets, including the construction of a separate 413-unit rental building adjacent to "untitled."

A spokesman said work is underway on the rental building, and while Williams is not "actively involved" in the design, "certain themes will carry over."

Williams said he was drawn to Toronto because of the "beautiful people" who live there, and he wants the project to cater to a broad swath of the city's residents.

"I'm interested in the goodwill that we can do," he said. "I'm looking at the whole spectrum. And I feel like this particular project is my first dance in this space, but I would like to get to all of it."

This report by The Canadian Press was first published Dec. 4, 2019.