Pedestrian dies after being struck by vehicle in Brampton: police

Pedestrian dies after being struck by vehicle in Brampton: police 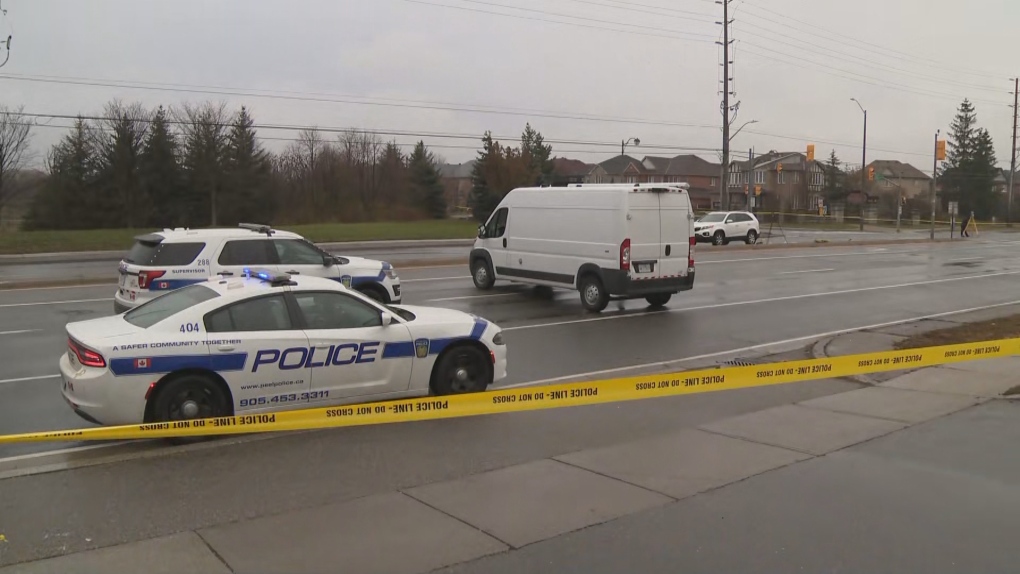 Police respond to the scene of a crash in Brampton, Ont. on Nov. 27, 2022 that left one pedestrian dead.

One of two pedestrians struck by a vehicle in Brampton Sunday morning has died, according to Peel police.

Emergency crews were called to the scene near Airport Road and Braydon Boulevard at 11:21 a.m.

Peel paramedics initially told CP24 that both pedestrians were transported to a local hospital, one in life-threatening condition and one in serious condition.

In a tweet published a short time later, Peel police said the female victim had been pronounced deceased and the male has non-life-threatening injuries.

Police said the vehicle involved in the collision remained on scene.

Const. Donna Carlson told reporters at the scene that the driver was attempting to make a left-hand turn at the intersection before her vehicle collided with the pedestrians.

“Our major collision bureau and our forensic identification service is on scene. They are processing it and they will be continuing with their investigation,” Carlson said, adding that it’s too early to say what charges, if any, may be laid. 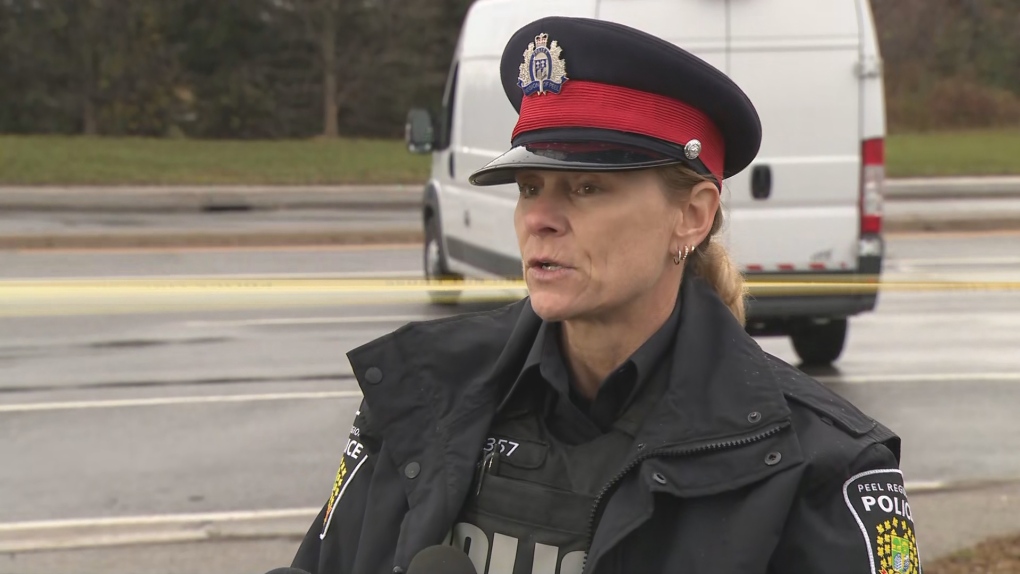 Const. Donna Carlson speaks to reporters at the scene of a crash in Brampton, Ont. on Nov. 27, 2022 that left one pedestrian dead.

Carlson added that the intersection is expected to be closed for several hours as a result.

Police are asking anyone who may have witnessed the incident to contact them or Crime Stoppers.

UPDATE:
-Adult male & female transported to local hospital by ambulance
-Female victim has been pronounced deceased and the male has non-life threatening injuries.

At first, Juan Delgado agreed to spend 24 hours inside a Dundas St. Denny’s as a consequence of losing in his fantasy football league.

A Vancouver Island man is awaiting possible extradition to the United States on charges of sexual assault against his 13-year-old stepdaughter.

A new artificial intelligence algorithm created by a Toronto student is helping researchers search the stars for signs of life.