TORONTO -- An Ontario woman who went overseas to attend her father's funeral says she feels gouged by the government's "ill-conceived" hotel quarantine plan that cost her $3,458 for a one-night stay.

Cristina Teixeira says it has been a nightmare to return to Canada.

"The stress that we were put under is inconceivable," Teixeira told CTV News Toronto over the phone Monday. "As a Canadian citizen, I can tell you this is wrong on so many levels. We've never experienced something like this."

Teixeira arrived back in Canada, along with her brother and daughter, on Feb. 27 after spending about a week in Portugal.

"We told the Crowne Plaza the situation and that we needed to book a hotel," Teixeira said. "The guy said the rate would be $369 per night and you have to book a minimum of three nights."

Teixeria said they booked a room with two queen beds and waited more than a hour for a shuttle to arrive. When it didn't arrive, they were eventually told to take a taxi to the hotel.

"When we got there to check-in all of a sudden our price went up from $369 per night to $769 per night plus tax," she said. "They knew there were three of us. They didn't give us the right information."

She said they weren't informed over the phone that the $369 rate was for a single person and that because they had three guests they would be charged a higher rate.

With all taxes and additional fees included, Teixeira's credit card was charged $3,458 to stay in the hotel between Feb. 27 and March 1, which is slightly lower than the $3,945 they were quoted when they first arrived at the hotel. 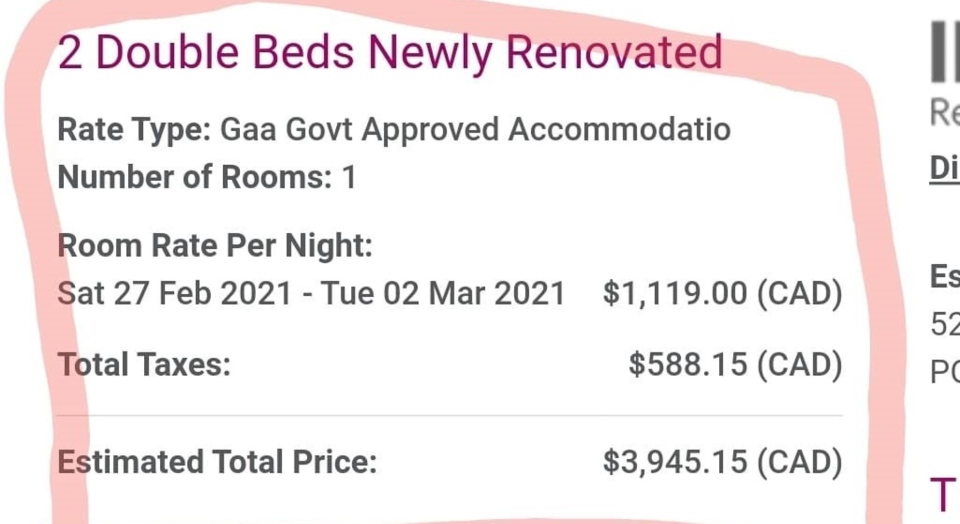 "At this point it was 1:30 in the morning, we were exhausted and we just agreed. We said we'll worry about it in the morning. They handed us three sandwiches and three waters and nothing else."

She said they were given no instructions on the quarantine process and were only told that food would be dropped outside their door.

The next morning, Teixeira said they waited until 9:45 a.m. before receiving breakfast that she said looked like "slop." 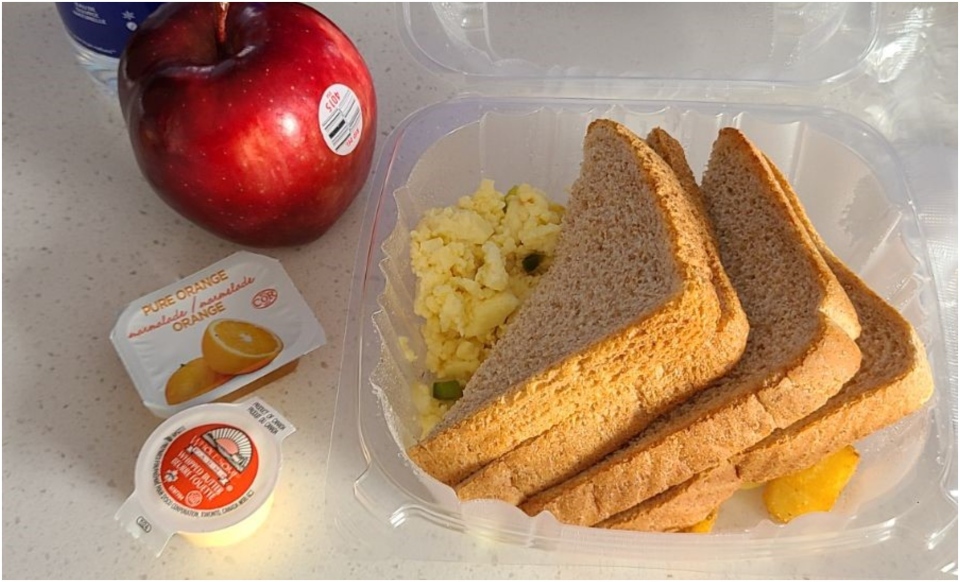 Not long after that, they received their negative COVID-19 test result, which means they can leave the hotel and complete their quarantine period at home. They spent 15 hours at the hotel.

"We called down and said we got our results and that we’re going to leave and they said you're going to be charged for three nights," Teixeira said.

Despite pleading with the hotel to return balance for the two nights to them, she said they refused.

Teixeira said she was forced to pay the bill and went home.

"If I were to walk off the street that room would have cost me $159 plus $10 per extra person," Teixeira said. "There was no special care given to us because we came from the airport."

"The government has not really figured out the plan. It's literally just horrible."

Public Health Agency of Canada told CTV News Toronto that "the hotels set their own rates and are subject to change."

The new hotel stay requirement, which varies in cost depending on the hotel, began last week.

All incoming air travellers to Canada must spend up to three days in one of the government’s approved hotels, at their own expense, as they await results of a COVID-19 test they were required to take when they landed in Canada.