Ontario's worst roads to drive on in 2021 have been revealed 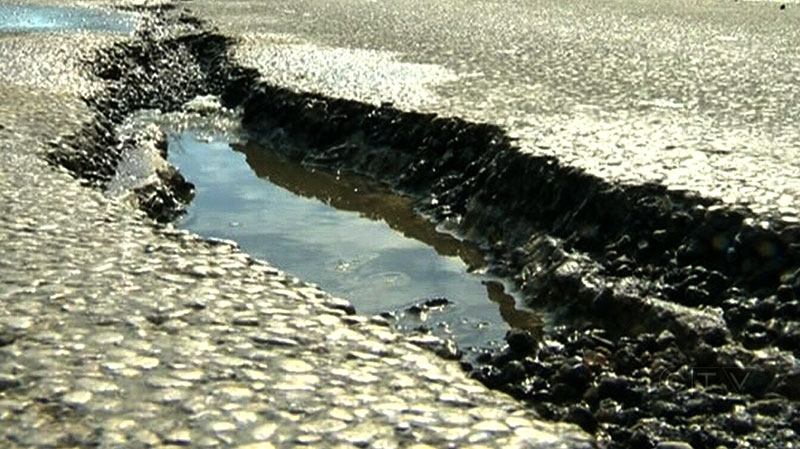 The top ten worst roads to drive on in Ontario have been revealed and two of them are right here in Toronto.
TORONTO -

The top ten worst roads to drive on in Ontario have been revealed and two of them are right here in Toronto.

Every year, the Canadian Automobile Association (CAA) launches their Worst Roads advocacy campaign, an effort they say has “influenced change over the past 17 years.”

The CAA said the campaign is meant to “make our roads safer by helping different levels of governments understand what roadway improvements are important to citizens and where they need to be made.”

On Thursday, they released their rankings for Ontario’s worst roads of 2021.

The rankings were been determined through votes submitted by the public. The roads can be nominated for a variety of reasons, including damage, potholes, lack of appropriate signage, and more.

The CAA’s worst roads in Ontario for 2021 are as follows:

Tina Wong, government relations specialist for CAA SCO and Worst Roads Specialist, told CTV News Toronto that “the people who voted for this road told [her] that their primary concern was potholes and crumbling pavement.”

Wong said residents went as far as to set up "an LED sign" on Victoria Road encouraging others to vote. "It spelled out, 'Go to CAA.com and vote for Victoria Road," she said.

Prince Edward County Mayor Steve Ferguson told CTV News Toronto that the city council has allocated funding to the repair and maintainance of Victoria Road in its 2021 budget, adding that "council was responsive and agile in dealing with a changing situation."

The rehabilitation work is currently underway and will be completed this summer, Ferguson says.

The second and third place spots go to Carling Avenue in Ottawa and Barton Street East in Hamilton, respectively.

Each year, Toronto has a few roads that make the list. This year, Eglinton East and West avenues snagged the fifth and seventh spots, respectively.

The Toronto roads ranking highest on CAA’s worst road list each year are as follows:

Wong said the CAA has seen “a bit of a switchover in the types of [Toronto] roads” appearing on their annual list.

“We think this is likely a result of the change in traffic patterns that the pandemic has brought about,” Wong said. “We've got more people working from home, teleworking, people have been limiting their mobility by travelling more locally, only you know, doing their essential trips. We're seeing different roads appear on the list as a result.”

Wong said she hopes that this year’s campaign will continue to illicit change in communities across Ontario and provide safer roads for drivers.

“These roads are the arteries that are used every day to keep our essential workers essential goods, essential services, moving in the province and getting to where they need to go with one piece,” Wong said.

“The quality of our roadways affect everyone.”