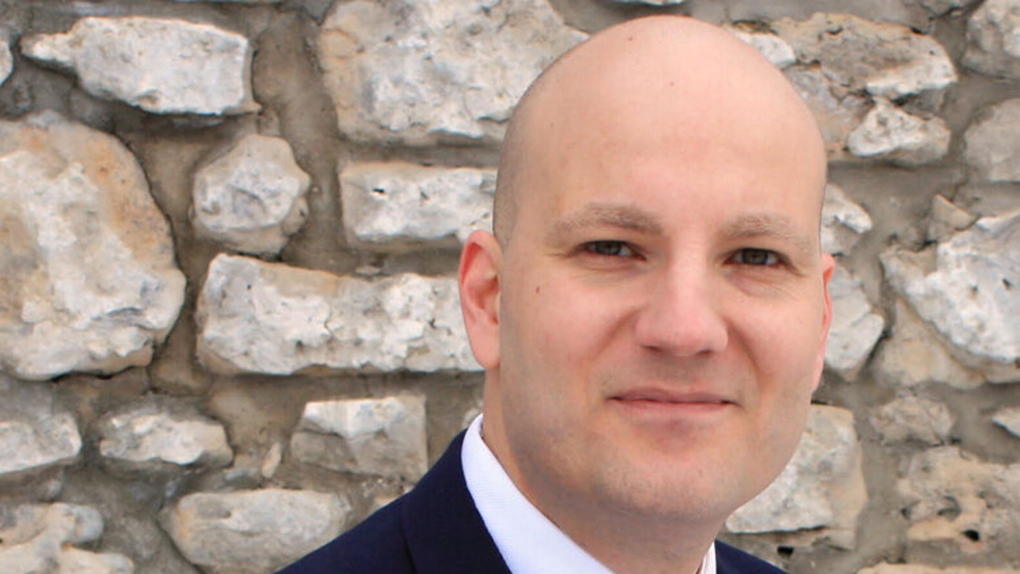 Jim Karahalios is seen in this undated photograph posted to his website.

TORONTO -- An Ontario Progressive Conservative member, who is currently suing the provincial party amid allegations that the 2018 race for party president was “rigged” to keep him out, has announced his bid for federal leadership.

In a statement issued on Tuesday, Jim Karahalios said he will be “running to the right of candidates Peter MacKay and Erin O’Toole” to lead the Conservative Party of Canada.

“The Conservative Party establishment is trying to make this race a top-down coronation with record high barriers to entry, creating an advantage for the well-connected establishment candidates—career politicians and those born into politics,” Karahalios wrote. “I want you to have your say.”

Karahalios described MacKay and O’Toole as being “in the ‘Red Tory’ wing of the party.”

“We don’t need another career politician to lead our Conservative Party to yet another defeat,” he said. “We need a fighter with a track record of winning against all odds. That’s why I am running.”

In October of last year, Karahalios launched a $100,000 lawsuit that claimed the PC party’s presidential election was manipulated, further alleging that election rules were breached and ballot boxes were stuffed in order to elect his competitor.

In the lawsuit, Karahalios claims that 1,345 ballots were cast, despite there only being 1,230 eligible voters.

“In other words, well over 300 ballots were counted that had not been cast by eligible voters,” the lawsuit reads. “Rather than letting the best candidate win through the course of a free, fair and democratic election, the Party pre-selected the candidate it wanted to win for Presidency, Patterson, and took all steps that it could take to covertly facilitate that specific outcome.”

In November, Karahalios’ wife, who is a PC MPP, proposed a law to ensure fair party elections. The bill would make it mandatory for a party to provide voting data to Ontario’s Chief Electoral Officer within seven days of an election.

The bill has not yet been passed and the lawsuit has not been tested in court.

Both O’Toole and MacKay announced their intention to run for leader of the CPC earlier this month.