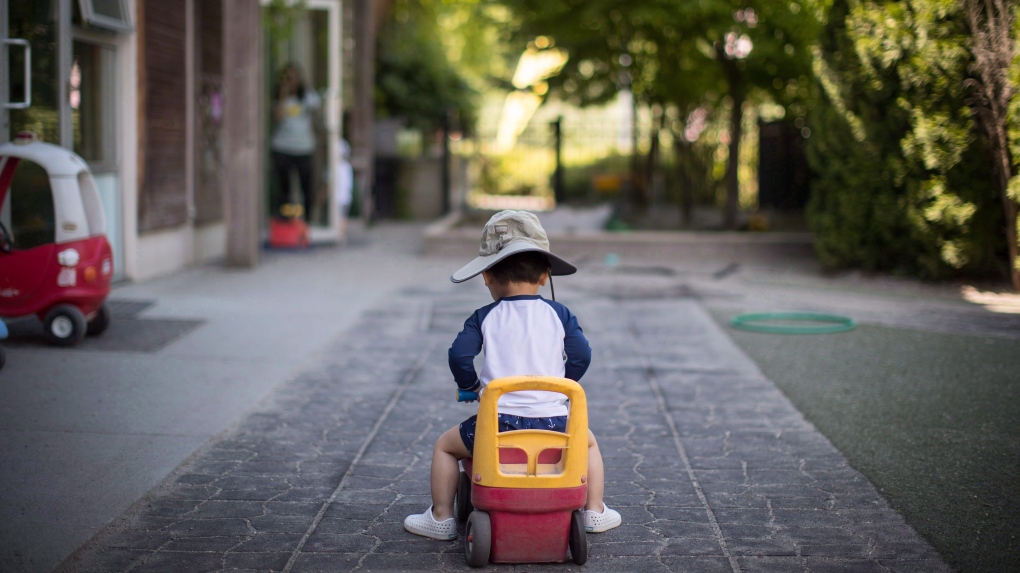 Ontario's deal with the federal government to introduce $10-a-day child care includes a promise to create 86,000 licensed spaces, but advocates say that may not be enough to meet demand.

Gordon Cleveland, a child-care policy expert and associate professor emeritus at the University of Toronto, said when fees are cut in half at the end of this year, he expects the province will need an additional 200,000 spaces.

"So, it's a problem that we've waited a year before signing the agreement, because we could have used that time to build spaces and attract more staff."

One of the reasons for the $10-a-day plan is to benefit women who are held back from re-entering the labour force or pursuing further education by the high cost of child care, Cleveland said.

The 86,000 promise includes 15,000 spaces that have already been created since 2019, so Ontario is not starting from scratch, but when it comes to building a whole new child-care centre that could take up to three years, Cleveland said.

If there are not enough spaces to meet demand, parents are going to be stuck waiting, Cleveland said.

"The waiting lists are going to become incredibly long," he said. "How are they going to ration the demand amongst the available spaces?"

Parents in some regions of the province already have to get on waiting lists not long after they know they are expecting if they hope to secure a coveted infant spot for a 12-month-old child.

When she was three months pregnant with her now three-year-old son, Melanie Rodriguez was already on 13 different waiting lists, looking for any place with an opening, even if it meant travelling far from her Toronto home, she said.

Luckily, a new daycare centre opened within walking distance of her home right before she needed it, she said.

While Rodriguez welcomes the financial relief promised by the new child-care deal, she said it's important that enough daycare spots are created to keep up with what will likely be even higher demand.

Leslie Stobbart, an Ottawa resident, said she was seven months pregnant when she got on a waiting list for a daycare spot.

She didn't realize she also had to be proactive about checking in with them regularly and so, in the fall of 2015, she found herself "in a huge scramble" to find a space before her scheduled return to work the following January.

Stobbart didn't lock down a spot until about a month before her maternity leave was set to end.

"It was super lucky," she said. "Maybe availability will become an issue again because more people now will be moving into licensed daycare rather than unlicensed," she said.

Andrea Hannen, the executive director of the Association of Day Care Operators of Ontario, said there will likely be a "rapid" increase in demand for child care, and she estimated it takes between six months and two years to create spaces.

But the fact that Ontario's deal includes both not-for-profit and for-profit spaces in the 86,000 will make it easier to create spaces than in jurisdictions where it's limited to not-for-profit, said Hannen.

"That makes a really big difference. It really positions Ontario to do much better than some of the other provinces will be able to do in terms of new space creation," said Hannen, whose association represents commercial and not-for-profit independent centres.

"By not disqualifying any particular type of operation, whether it's commercial, not for profit or public, I think Ontario really (is) positioning the sector really well for growth. If if it took a little longer to negotiate that point, I'm really glad that they took the time."

Morna Ballantyne, the executive director of advocacy group Child Care Now, said Ontario needs more than the 86,000 spaces, but it will be difficult to recruit and retain staff even for those spots.

Part of the child-care deal includes setting a minimum wage for registered early childhood educators at $18 an hour, rising by $1 each year until it hits $25. But advocates have been calling for both an immediate $25-an-hour wage, plus a salary grid.

"Graduates of ECE programs are not going into the field," Ballantyne said.

"Their preference is to go to get higher-paying jobs primarily through school boards, working as educational assistants or working as early childhood educators within the school system, which pay much higher wages than the community sector."

Cleveland said Ontario's full-day kindergarten program, which uses one teacher and one ECE in a classroom, has attracted vast numbers of early childhood educators away from child care settings because of the difference in pay.

"We need to compete in a very tight labor market with a lot of other places that people could go," he said. "And so we're going to need to be paying $25 an hour to our child-care workers, but starting now."

- With files from Paola Loriggio

This report by The Canadian Press was first published March 29, 2022.

A two-year-old child from Regina has been found safe, following an alleged abduction and Amber Alert.

How Biden's new approach has led to legacy-defining wins

Over five decades in Washington, Joe Biden knew that the way to influence was to be in the room where it happens. But in the second year of his presidency, some of Biden's most striking, legacy-defining legislative victories came about by staying out of it.