When an Ontario man was driving his pick-up truck and the engine seized he said he was relieved to know it was still under warranty.

"While I was driving it on the highway the engine just died and it took a bit of skilled driving to pull over at an off ramp," Bowmanville man Moses Fosuo told CTV News Toronto.

The electrician bought the 2018 Ram 1500 Eco Diesel brand new and said it has been a great truck for his family, including two children and two dogs.

Fosuo said it was also comforting to know the truck came with a 100,000 kilometre warranty.

"They informed me the engine was no longer working and I was looking at having to have the engine replaced," Fosuo said.

At the time the engine seized, the truck had 91,000 kilometres on it and Fosuo thought the repairs would be covered.

However, he was informed by the dealer it would not be done under warranty, because he had not done the required oil changes at the appropriate times. 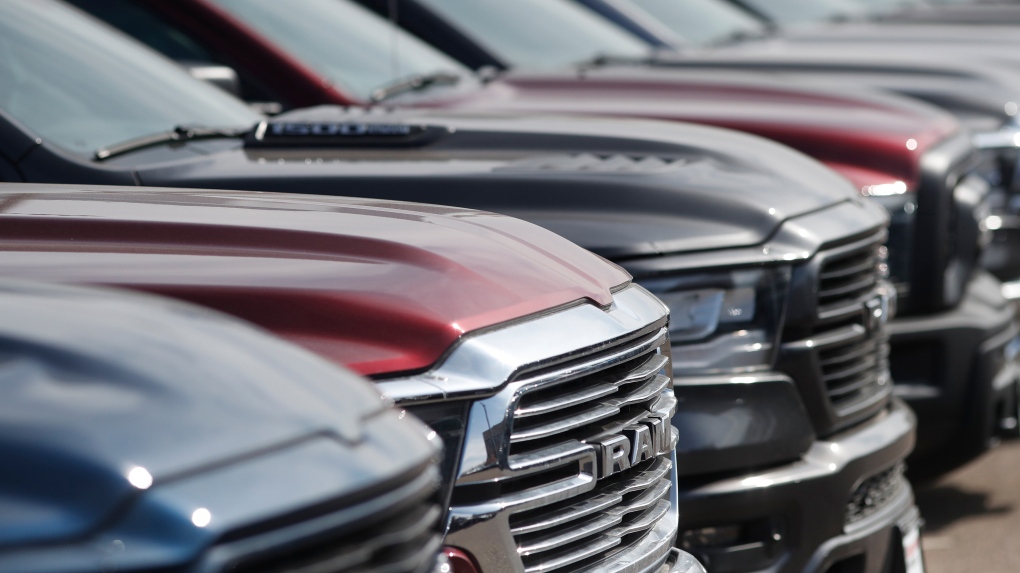 In this Sunday, March 15, 2020, photograph, a long row of unsold 2020 Ram pickup trucks sits at a Dodge dealership in Littleton, Colo. (David Zalubowski/AP/CNN)

"When I asked them why it was not covered under warranty, they mentioned at 50,000 kilometers the oil switch came on and I didn't get an oil change done right away," said Fosuo.

Fosuo said when he had the oil changed at a third party oil shop, he was told the truck could travel 24,000 kilometres between oil changes.

Fosuo said the truck did not come with a physical owner's manual.

"We were not given an owner’s manual. We were told everything was on an onboard computer and to access it that way," said Fosuo.

CTV News Toronto reached out to Ram and a spokesperson for its parent company Stellantis said "Due to customer privacy guidelines, we cannot disclose all details in this case. However, the customer received written notice this week that the claim was denied due to a lack of vehicle maintenance."

"As indicated in the vehicle's Owner’s Manual, under no circumstances should oil change intervals exceed 16,000 km or 12 months, whichever comes first. Our authorized Ram dealers reported that said maintenance was not performed to these parameters," said the spokesperson.

"There is no hesitancy on our part to comply with the provisions of a warranty, as long as they apply to a factory defect. Damage or failures attributed to any other source are the owner's responsibility."

Fosuo was quoted $19,000 plus taxes to replace the engine, something he said he can’t afford right now.

It's a reminder to all drivers no matter what kind of vehicle you have to get the oil changes done when you're supposed to and to keep the paperwork as proof. That is especially true if you have a vehicle that is still under warranty.

Charest and Brown challenge Poilievre, and other notable moments from the French Conservative leadership debate