Ontario man denied boarding, forced to wait for hours after Swoop mistakenly considers him not vaccinated

An Ontario man flying to Edmonton on a Swoop flight says he was denied boarding at the airport and forced to wait for hours because the check-in staff said he was not considered fully vaccinated.

Adrian Logan, who received the second dose of the COVID-19 vaccine on Nov. 10, arrived at Toronto Pearson on Nov. 25 for his flight.

To qualify as a fully vaccinated traveller in Canada, a person must have waited 14 full days since their second dose.

For example, if a person’s second dose was anytime on Nov. 1, then Nov. 16 would be the first day the traveller meets the fully vaccinated condition.

Nov. 25 would have been first day the 31-year-old was considered fully vaccinated.

But he says when he arrived at the airport, he was surprised when Swoop told him he wasn’t eligible to fly until the next day and denied him from boarding.

"They clearly had a misunderstanding on how the process worked," Logan told CTV News Toronto on Monday.

Standing at the check-in desk, Logan said he spent about 30 minutes going back and forth with multiple Swoop employees. He said he counted out the 14 days multiple times on a piece of paper but "they refused to concede."

He said he also spoke to airport security, as well as police, who agreed he was in the right but Swoop still refused to budge.

"They refused to let us in and we had to leave the check-in station," Logan said.

Logan said he contacted Swoop's customer service line and his partner reached out to the airline on Twitter.

After waiting on hold for more than hour, Logan said a customer service agent agreed he was eligible to fly.

"I know it is confusing, but the agent is correct, you would not be able to board an aircraft until Nov. 26," Swoop wrote to them in a message on Twitter. "These are mandates from Transport Canada that Swoop must follow." 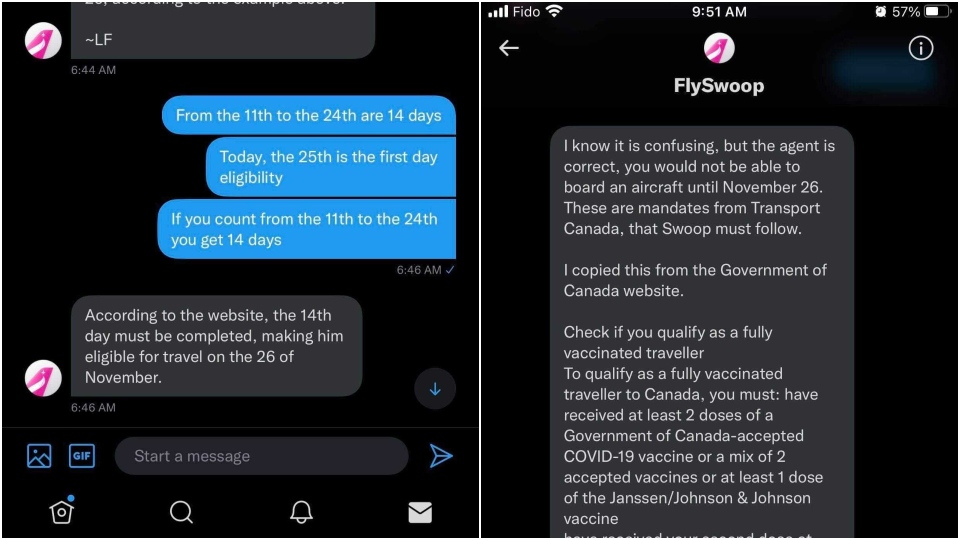 He said at this point he went back to the check-in desk, but the manager said he still did not agree Logan was eligible to fly.

Still refusing to accept he couldn't he was in the wrong, Logan tried to check-in for a third time.

He said on the third attempt, the manager apologized and told him he was in fact eligible.

Logan and his partner were rebooked onto a flight to Edmonton that departed six hours after his initial flight.

Because of the delay, Logan, who was in the process of moving to Edmonton, missed his lease signing appointment and had to pay for an Airbnb that night out of his own pocket.

Swoop offered him a $100 voucher for future travel, but he has turned it down and filed an official complaint.

Logan said it’s been more than a week since the complaint was filed but he hasn’t heard anything.

In a statement to CTV News Toronto, a spokesperson for Swoop said Logan’s situation was "an error on Swoop’s behalf regarding the recognition of the 14-day period after their second COVID-19 vaccination." 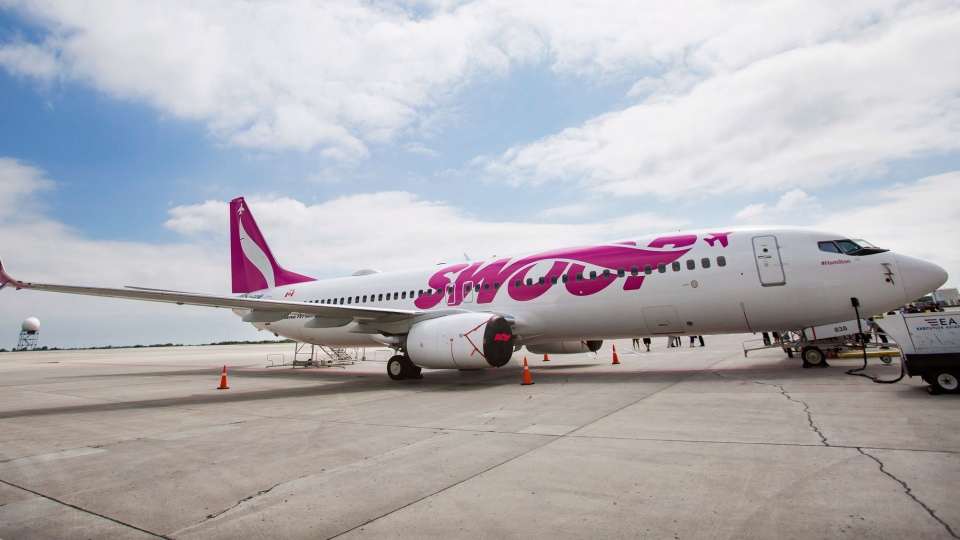 "We want to first sincerely apologize to Mr. Logan for the disruption to their travel plans to Edmonton," a statement said.

Swoop said they understand the "stress and frustration" this would have caused Logan and a representative would contact him to discuss the issue further.

"We have passed along Mr. Logan's experience to our airport leadership team, who are continuously working to improve on providing our travellers with the best possible travel journey." 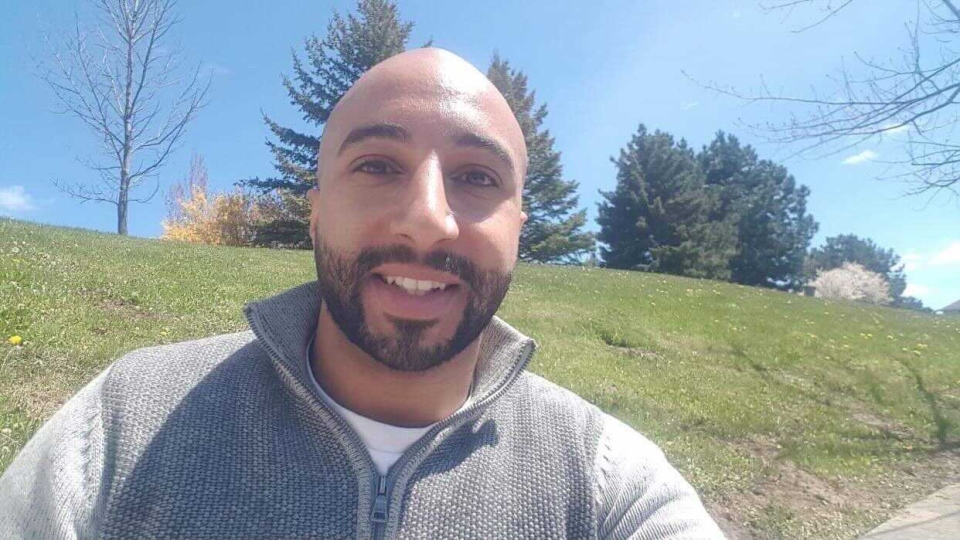 Meanwhile, Logan said financial compensation isn't the only thing he wants from the airline.

"We want to them to recognize the seriousness of the situation," Logan said.

"How many people have you turned away for this reason who might not have had the confidence to defend themselves?"