TORONTO -- An association representing Ontario nurses is seeking a court order that would force some long term-care homes to provide staff with personal protective equipment (PPE), including N95 facial respirators, claiming that without urgent intervention residents and staff will continue to transmit COVID-19 and “become infected and possibly die.”

According to court documents, filed by the Ontario Nurses' Association (ONA) in mid-April, four Ontario long-term care homes have been allegedly restricting or denying the use of PPE in their facilities.

The claims have not been proven in court.

In the documents, the ONA says that its members have “not been provided with readily available access to N95 respirators when providing care to residents with confirmed, suspected or presumed COVID-19.”

The association argues that in some cases, homes locked the masks up and “actively dissuaded nurses from using the precise PPE that they have deemed necessary.” Court documents claimed that at Eatonville Care Centre, for example, staff were given two masks at the beginning of their shifts and were told to “to put the masks in their pocket at other times so they were not walking the halls looking ‘suspicious.’”

An affidavit provided by a labour relations officer with the ONA said the association has been flooded with concerns since the pandemic was declared, and that members feared for their safety.

“These members are terrified, and fear that simply attending at Eatonville for their assigned shifts will place them at an imminent risk of harm, up to and including death,” Joe Buote said in the affidavit.

Buote also included an email he received from a member that likened the situation to a riot, saying that a police officer would not be expected to jump into the action without the proper equipment.

“This is not right,” the email reads. “I don’t wish to be another casualty. Do not say a surgical mask will protect me against a lethal illness that has killed so many, including the young. I have worth as a human and I can’t let the government decide my fate because of shortages of supplies. I have things I want to live for.”

The court documents allege that in some cases staff at Hawthorne Place Care Centre were “admonished” for using masks they brought themselves on floors where an outbreak had not occured and were told to remove them so they didn’t frighten the residents. They were also limited to one gown per shift and told to return surgical masks before they left work for reuse.

The ONA said that it requested its members receive the proper PPE at these facilities numerous times. At Henley Place, the ONA said they were told they were completely stocked with PPE, but their request was denied.

“This is extremely problematic because the residents at Henley Place are vulnerable elderly residents with increasingly acute medical problems, including dementia and multiple co-morbidities,” the court application reads. “Every resident requires close hands-on care.” 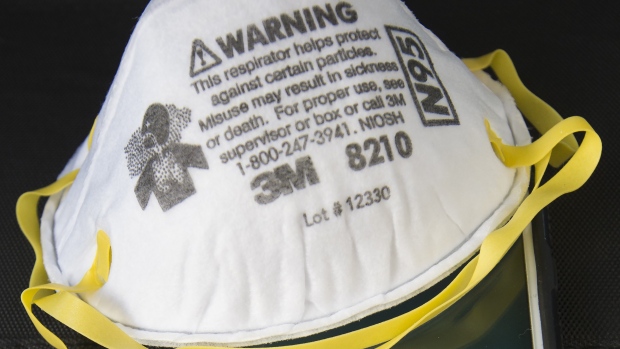 Another labour relations officer said in an affidavit that a member reached out saying she was “terrified for her safety” after she was required to treat a COVID-19 positive patient without a N95 respirator.

“The employer did not allow this member to use her clinical judgment to ascertain the appropriate level of personal protective equipment that was required or this resident. Instead, they determined on her behalf that a surgical mask would suffice,” Diane Peckman wrote.

Peckman went on to say that all the N95 respirators were then removed from storage and placed in a locked office. Only three people had the key to the office, the ONA said, and all of the worked the day shifts.

The ONA went on to say that management was seen wearing N95 masks when not caring for a patient, creating what ONA’s lawyer called a “double standard.”

On a regular basis, the ONA says that it is not uncommon for residents at Henley Place to sneeze or cough in a nurse’s face.

“Other residents have difficulty swallowing food and medication and frequently choke or spit up their food or engage in erratic behaviour such as spitting and biting,” the court document said.

Speaking at a hearing held Wednesday, a lawyer representing the homes argued that N95 respirators will not provide increased protection in situations where there is no aerosol generating procedure. He said that using the PPE when it’s not necessary may lead to shortages.

“If scarce resources are used when not warranted, it could lead to a shortage,” Ian Dick told a justice. “The traditional sources for PPE and N95 masks have largely dried up.”

Dick went on to say that even though staff were provided with two masks at the beginning of their shift, that didn’t mean they couldn’t request more throughout the day.

“It was simply an inventory control measure,” he said.

The court documents also claim the homes are not following the directives laid out by the Ontario Medical Officer of Health.

At Hawthorne Place Care Centre, for example, the ONA claims that a resident was readmitted to the home on March 30 and later tested positive for COVID-19.

“In spite of the fact that this resident had been exposed to an infection person while in hospital, they were not isolated in the home pending the results of testing. The resident had access to the lobby, common dining areas and a shared resident room and interactions with staff and residents, including from other units.”

The documents say that some facilities did not effectively self-isolate patients when they did test positive and that staff were not restricted to caring for those patients—instead they were asked to care to both COVID-19 residents and residents who were not ill, risking further spread of the virus.

Dick was adamant that his clients complied with all of the directives put forth by health officials.

“My clients feel strongly that they have complied and they have done everything they can and beyond,” he said. “If you’re looking for a neutral third source to indicate whether there are in fact violations, I’d submit you have public health officials not raising them, you have ministry of labour investigators not raising them.

Kate Hughes, the lawyer representing the ONA at Wednesday’s hearing, told the justice that COVID-19 is spreading like “wildfire” and that the issues at hand are not just about PPE. The association simply wants the homes to comply with public health regulations and their collective agreement in terms of providing necessary safety equipment.

"This case is not just about N95s as you can see. It is about a number of provisions of infection control", she said.

The ONA represents about 68,000 nurses and health-care professionals across the province.

The justice has reserved a decision on the application for a future date.