A single person received more than $38,000 from Ontario’s licence plate sticker refund program, while some $32 million ended up with people who appeared to own more than five cars, according to data obtained by CTV News Investigates.

The refund program, touted by Doug Ford’s government as a way to put money back in the pockets of Ontarians recovering from the COVID-19 pandemic, sent cheques of less than $1,000 to the majority of Ontario drivers, the data shows.

But the windfalls at the upper end of the scale, where people who appear to own fleets of personal vehicles benefited much more than the average citizen, is a sign the program has a design flaw that must be corrected, critics said.

“Some of these numbers are huge numbers,” NDP Finance Critic Catherine Fife in an interview with CTV News Investigates.

“Now that this information has come to light, and thank you for that, I think they should go back to the drawing board and acknowledge there’s a design flaw in the program,” she said.

Reached at a press conference in Hamilton Thursday, Transportation Minister Caroline Mulroney defended the program as part of a suite of efforts to deal with the rising cost of living, including cutting tolls on some highways and a temporary cut to the gas tax. 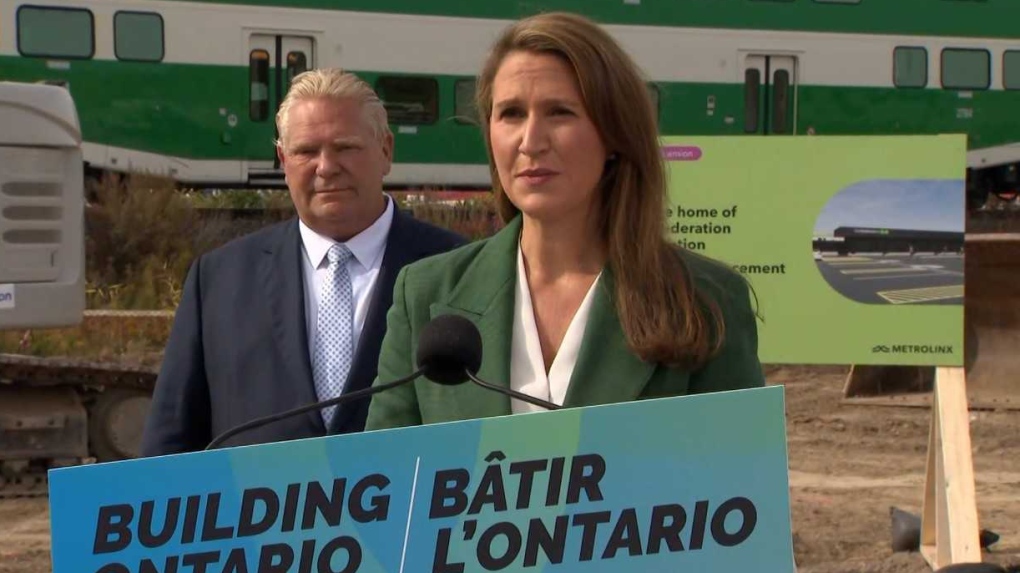 Until this year, drivers had to pay annually for a sticker for their licence plates. Fees varied by location and type of vehicle. In southern Ontario, the fee for a typical passenger car was $120 per year.

But about 21,000 people were refunded more than $1,200 – the equivalent of registering about five cars – for a total of $32 million in that category, the data shows.

The data is not tied to any personal information, and CTV News Investigates could not reach the person who received the $38,000 cheque.

However, car collector Steve Plunkett of London, Ont., was willing to share details of his $8,500 refund when approached by CTV News.

Plunkett told CTV News he has a collection of 82 General Motors classic cars, from Chevrolets to Corvettes to Cadillacs in a showroom. He said he tries to drive three cars a day.

“I love all things mechanical. The bigger the better. Large locomotives, large airplanes… I’ve been a gearhead since I was a little kid,” he said.

All his cars are licensed and insured and ready to drive, Plunkett said. When Plunkett was required to renew stickers annual, his older vehicles cost around $18 per year, and the ones that are less than 30 years old used to cost the full amount for his area, $120.

This year, he got eight envelopes of refunds in the mail totalling just over $8,500.

“I ended up putting it in the bank and I put it towards bills and sending it right back into the economy,” he said. “People with a lot of cars spend a lot of money on licence stickers, fuel, repairs and tax.”

Dealerships did not get a refund as they do not own their cars personally and businesses will not have to pay the fee in future, a government spokesperson said.

The government also provided the data geographically. Most of the funds were returned to southern Ontario, where the fees are highest.

The postal code zone that got the biggest amount of money included Prince Edward County, at $26 million, and the second highest was outside of Ottawa at $24 million.

About half a million dollars went to owners whose addresses were outside the province, the data show.