Ontario hopes to vaccinate all long-term care residents and staff in 4 COVID-19 hot spots by Jan. 21

On Tuesday, government officials released some firm deadlines for the rollout of the COVID-19 Pfizer-BioNTech and Moderna vaccines in Ontario.

As part of the plan, the government hopes to have the Moderna COVID-19 vaccine administered to all long-term care residents and staff in Toronto, Peel Region, York Region and Windsor-Essex by Jan. 21.

These four regions were the first to be placed into lockdown during the second-wave of the pandemic, an act that shuttered most non-essential businesses and prohibited in-person dining at restaurants and bars.

Ret. General Rick Hillier, who is leading the province’s vaccine task force, said that it will take about 55,000 doses of the vaccine to inoculate long-term care residents and staff  by the Jan. 21 deadline.

Three more public health units are expected to receive the Moderna vaccine next week, although the government did not specify which ones would be included in the rollout.

The province has also said the first COVID-19 vaccinations in Ontario Indigenous communities are scheduled to be administered later this week. Officials say they are working to begin vaccinations in northern fly-in communities, starting with the most vulnerable populations.

“We are getting the vaccine to those who need it most as quickly as possible,” retired General Rick Hillier, who is the chair of the COVID-19 vaccine distribution task force, said in a statement issued Tuesday.

“Every vaccination has the potential to save a life. Our focus is on getting the vaccines to the most vulnerable, as well as to the outstanding men and women who serve and care for our long-term care residents.”

As of Jan. 3, nearly 3,000 doses of the Moderna vaccine were administered at 24 long-term care homes in Ontario, the government said, and about 4,000 more doses are expected to be administered by Jan. 6.

The province administered the first second dose of the Pfizer-BioNTech vaccine to five health-care workers on Monday. 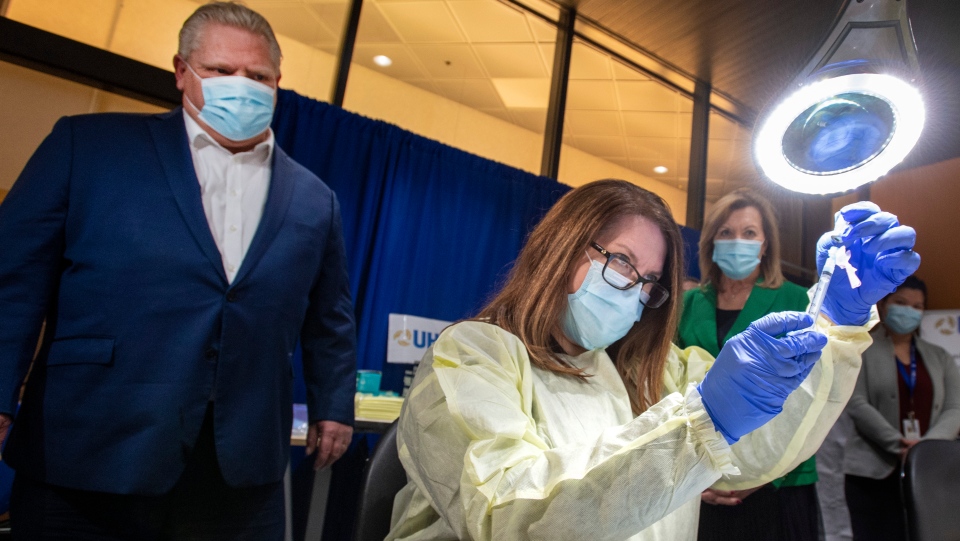 On Tuesday, officials said they hope to add seven more delivery sites at hospitals and provide vaccines to two more public health units by the end of the month.

Ontario is still in Phase 1 of the vaccine rollout, and officials said they hope to move to Phase 2 around April.

The Pfizer-BioNTech vaccine has been administered at specific facilities with the ability to provide ultra-cold freezers that store the doses at a temperature of at least -70 C.

The Moderna vaccine has been transported for use at long-term care homes in Ontario as it does not require the same freezer storage capabilities.

The province received 53,000 doses of the Moderna vaccine in December and expects to receive another 56,000 doses on Jan. 11. The delivery of these vaccines, which has been widely used in Ontario long-term care homes, are expected every three weeks.

However, provincial officials said on Tuesday they are developing protocols to safely move the Pfizer-BioNTech vaccine. A pilot program has already begun in Ottawa, officials said.

The idea, officials added, is to allow the vaccine to be moved short distances to local long-term care homes or other congregate settings. Pfizer has not provided any protocols to move their product, officials said.

The province expects much larger batches of the Pfizer-BioNTech vaccine. About 96,000 doses have already been received, and officials expect another 50,000 doses this week and 80,000 doses each following week in January.

Both vaccines require a second dose by provided either 21 days or 28 days after the first shot is administered.

What we know about the vaccine phases?

Officials say they estimate more than two million doses of the COVID-19 vaccine will be administered in Phase 1 of the rollout. 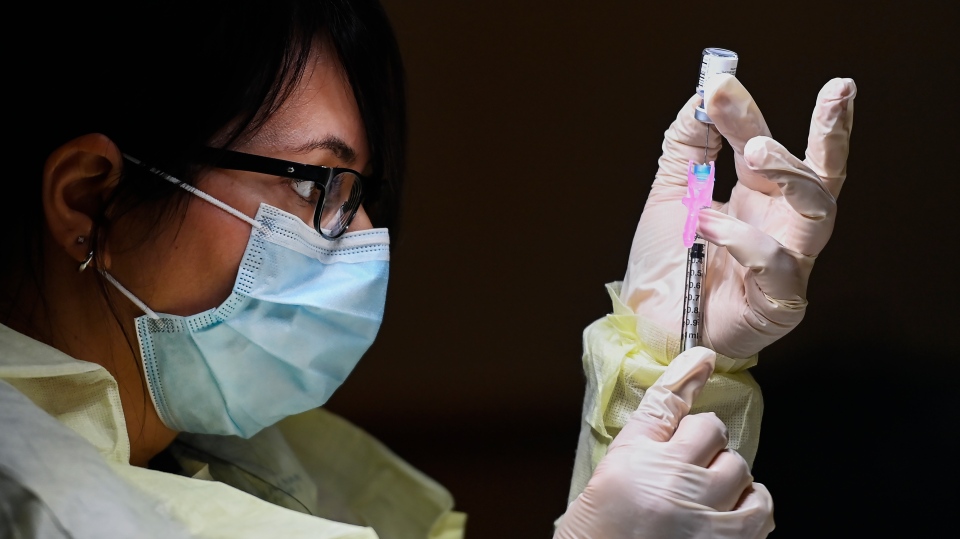 Health-care workers are being prioritized based on a “risk matrix,” the government said, which weighs risk of exposure by patient population and health-care setting. It also takes into account the position a worker holds and whether there is enough resources should that person fall ill.

The second phase will being around April and will be dependent on the government acquiring an increase stock of vaccines. At this point, vaccination sites will be expanded and more people within those four groups, and potentially other vulnerable populations not yet identified, will be able to get the shot.

In Phase 3 the vaccine will be available widely for all Ontarians, the government said.

The government said on Tuesday they do not yet have a target for the vaccination of all Ontario long-term care homes.