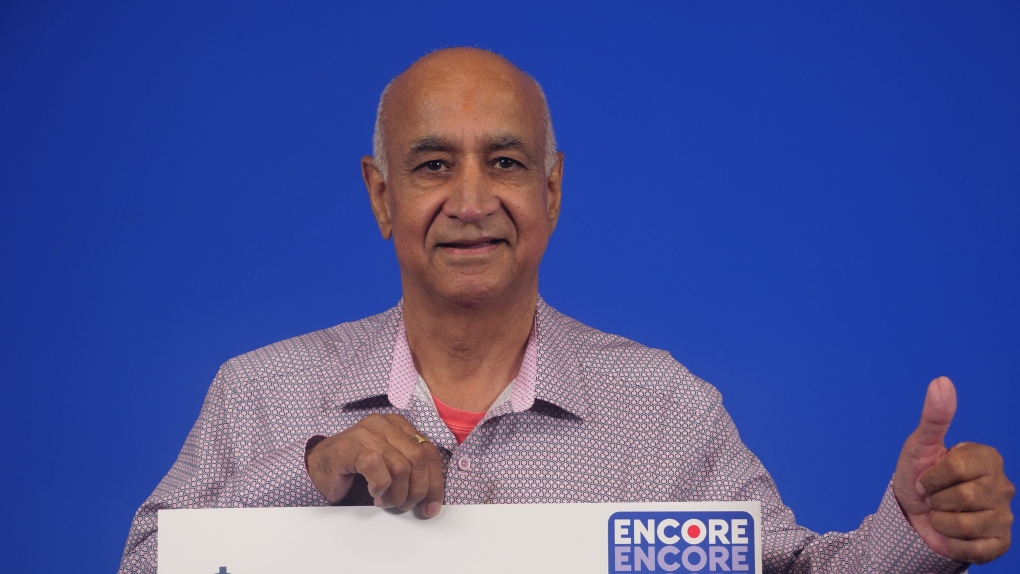 Surinderjit Dehal is seen holding his prize in Toronto (OLG).

An Ontario grandfather just won a big lottery prize for the second time in his life.

Fast forward a decade and Dehal, now a grandfather, was drinking his morning coffee on May 27 when he checked the OLG App and saw he won $100,000, again.

“I saw the Big Winner screen and I was so happy,” he said at the OLG Prize Centre in Toronto while picking up his winnings.

“I called for my daughter, who was still sleeping, to share the news. She said 'Dad, I'm still sleeping' and I said, 'I won some money' – then she got up!”

Dehal said his daughter calls him the “lottery specialist.”

“This win is all about family. I will use this win to help my children and grandchildren,” he said.

“I am so thankful for this unbelievable blessing.”

The NDP are calling on the federal government to take steps to tackle 'greedflation' and get to the bottom of the rising cost of groceries.