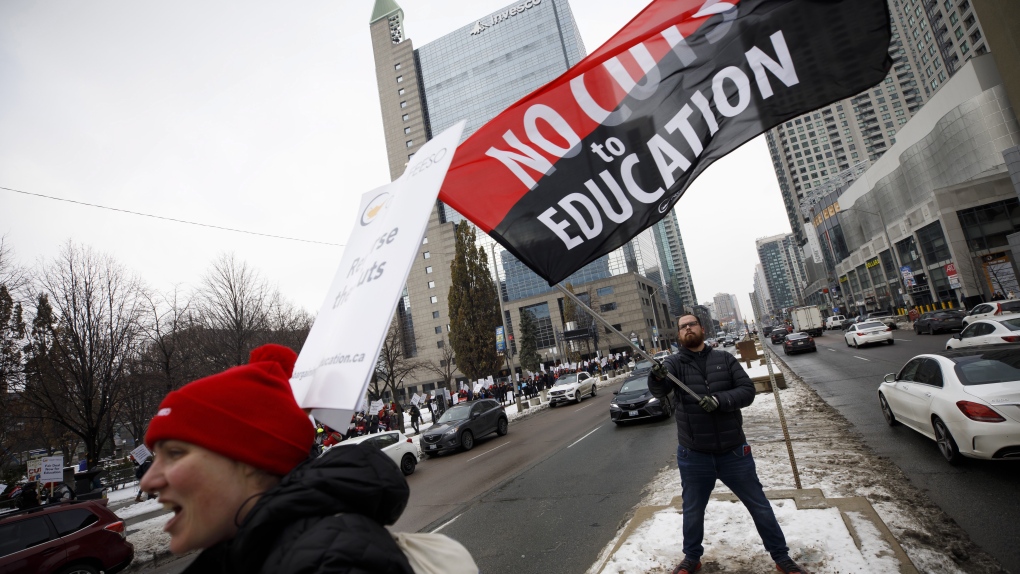 TORONTO -- Ontario elementary school teachers have provided notice of another one-day strike in Peel and in Hamilton on Friday.

In a news release issued on Sunday morning, the president of the Elementary Teachers’ Federation of Ontario (ETFO) said that it has been 38 days since their last bargaining session on Dec. 19, 2019.

“Minister (Stephen) Lecce is wrong when he says our strike action is about money,” Sam Hammond said in a statement.

“Ask any ETFO educator and they will tell you that lack of supports for children with special needs, large class sizes and the violent incidents occurring in classrooms due to lack of supports for students with unique learning needs are the reasons they are willing to go on strike.”

Teachers in the Peel and Hamilton-Wentworth school boards will participate in a one-day strike on Jan. 31, the union said.

On Saturday, ETFO announced that members in Simcoe, Waterloo and Keewatin-Patricia will conduct a one-day strike on Monday, followed by teachers in Kawartha Pine Ridge, Hastings-Prince Edward, Upper Grand, Moosonee and Moose Factory on Tuesday.

Teachers in Greater Essex, Limestone, Near North and Upper Canada will hit the picket lines on Wednesday and ETFO members in Durham, Lambton Kent and Algoma school boards will walk out on Thursday.