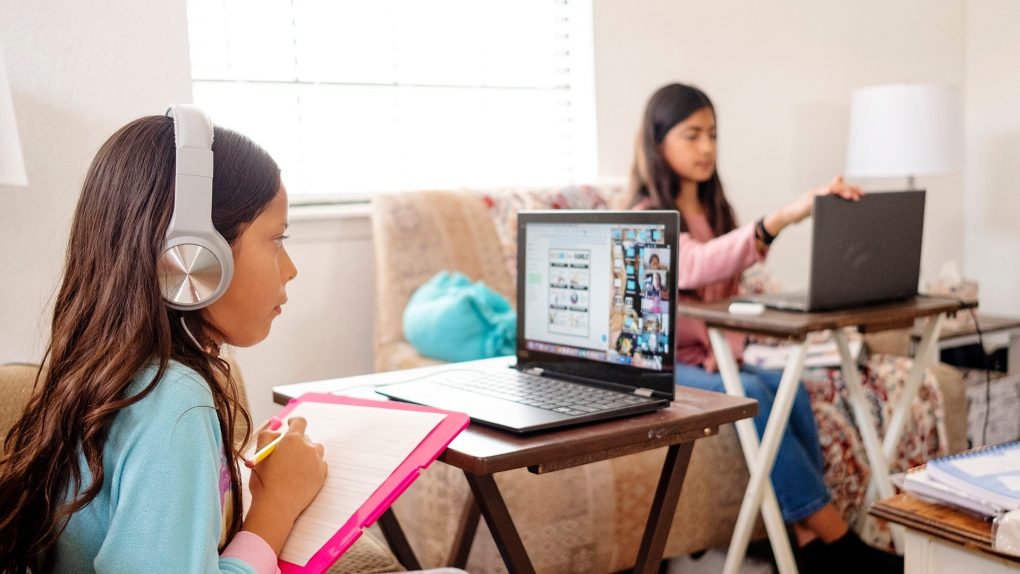 A child participates in virtual learning at home.

Ontario is boosting the amount of money parents will receive in direct patents to “help kids catch up” by about $140 million; however it is not yet clear how that money will be divided or when families can expect it.

Speaking at a news conference on late Friday morning, Finance Minister Peter Bethlenfalvy confirmed the government will be spending over $365 million in direct payments to parents, up from a $225-million investment announced in August.

Parents will be able to apply for funding in October, although the government did not say exactly how much money is available per child or when they will see a cheque.

“This increased federal funding can be used by parents for things like additional tutoring supports, or supplies and equipment that support learning,” Bethlenfalvy said. “We will have more details shortly on when and how parents can expect to receive their direct payments.”

Details on these direct payments have been promised for weeks. When the government first announced the investment, they said more information on eligibility would be available in the coming days.

In the 2021 budget, the Progressive Conservative government set aside about $980 million in direct payments for parents to offset costs incurred as a result of virtual learning as children moved in and out of the classroom due to the pandemic.

At the time, parents received $400 per child aged 0 to Grade 12. If the same number of parents are eligible for this round of funding, it could equal just under $150 per kid, not taking any extra funding for children with special needs into account.

That number was closer to $90 with the previous $225 million investment.

This will be the fourth payout to parents since Premier Doug Ford took office in 2018. The other two instances were rolled out under the Support For Learners program at the beginning of the pandemic.

Under that program parents received about $200 per child or $250 per child with special needs. This cost the Ford government an estimated $868 million.

The increase in funding was announced as the province released its updated fiscal accounts, which showed the province ended the year with a $2.1-billion surplus.

BREAKING | Arrest made in gruesome 1983 murders of 2 Toronto women

A former employee of Quebec's power utility charged with spying on behalf of China has been freed on bail while he awaits trial.

The white gunman who massacred 10 Black shoppers and workers at a Buffalo supermarket pleaded guilty Monday to murder and hate-motivated terrorism charges, guarantying that he will spend the rest of his life in prison.

Why organ donations are declining and how governments are reacting

Ontario and Nunavut opted into new legislation by the federal government hoping to increase organ donations as hundreds of patients die while on the waitlist each year.

WHO renames monkeypox as 'mpox'

The World Health Organization announced Monday that 'mpox' is now the preferred name for monkeypox.

Wouldn't it be nice to never have to work again? While this may sound like a dream to many, it is entirely possible. CTVNews.ca personal finance contributor Christopher Liew shares a handful of helpful tips on how to potentially achieve financial independence.

Prime Minister Justin Trudeau will visit a First Nation in Saskatchewan that was rocked by a deadly stabbing rampage nearly three months ago.